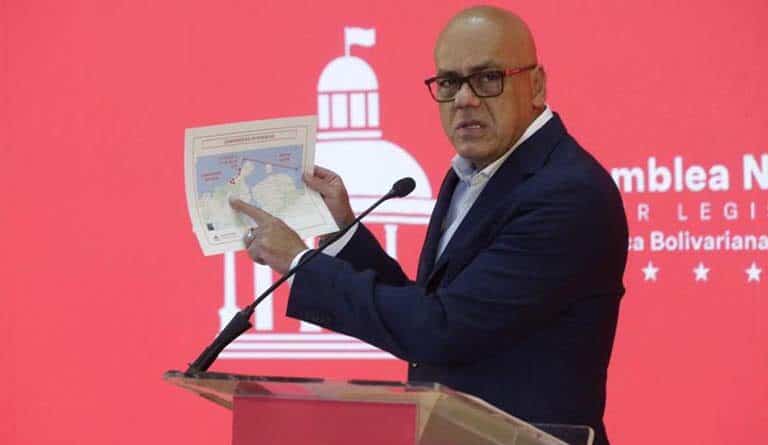 This Sunday, January 31, the president of the Venezuelan National Assembly (AN), Jorge Rodríguez, held a press conference from the headquarters of the Venezuelan Parliament, where he showed important new information on the plans of Leopoldo López , Donald Trump and Iván Duque against peace in Venezuela.

“We want to inform the country that the investigation and inquiries regarding the Gideon operation are continuing,” said Rodríguez.

Likewise, Rodríguez reported that a man identified as Juan Gutiérrez Aranguren, who was involved in one of the coup attempts, was captured.

“The detainee confessed a lot of information, confirmed some suspicions and showed proof of what Gideon’s leaders are like,” he added.

Deputy Rodríguez also showed a video footage in which Gutiérrez Aranguren mentions in his statements that he met Cliver Alcalá Cordones and the murderer of the Venezuelan journalist Ricardo Durán.

In the video, Gutiérrez Aranguren also affirmed that he had good relations with Leopoldo López, defected and adhered to Guaidó’s call, went to Colombia where he got the support of the Colombian president Duque. López contacted him there and told him that there were mercenary camps to overthrow President Nicolás Maduro.

“Juan Gutiérrez Aranguren affirmed that his training was in Maicao, Colombia,” Rodríguez informed. “The existence of these camps was denounced by the National Government at the United Nations,” he added.

In the same vein, the president of the AN explained that Gutiérrez Aranguren got recruited by the coup forces at the Ramo Verde prison where he was prison custodian for Leopoldo López, and from there he deserted and got involved in training activities at the said camp where the murderer of journalist Ricardo Durán was.

It should be noted that during the mercenary terrorist raid in May 2020 on the coasts of Macuto, La Guaira state, Gutiérrez Aranguren was traveling in one of the two boats. His boat did not reach the coast.

In conclusion, Jorge Rodríguez announced that within the next few days he will show evidence of plots to assassinate some National Assembly deputies.

Featured image: Jorge Rodríguez presented more evidence on the involvement of Leopoldo López and Juan Guaidó in mercenary and terrorist plots against Venezuela. Photo courtesy of the National Assembly.