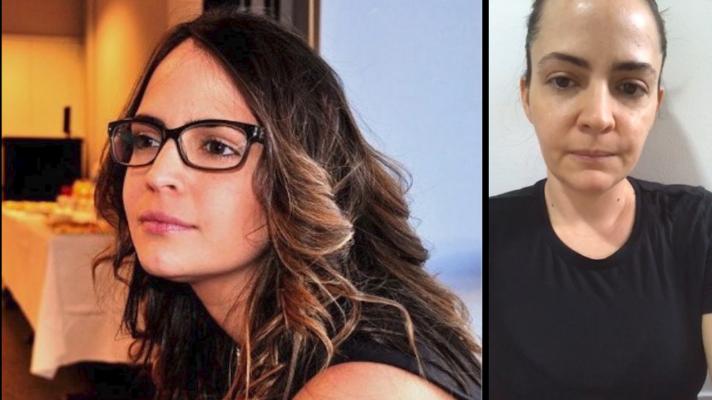 On September 6, 2020, Venezuelan citizen Yacsy Alejandra Álvarez Mirabal was arrested in Barranquilla, Colombia, alongside others, for her involvement in Operation Gideon last year, the armed incursion led by military contractor SilverCorp, a company that had worked for then-President Donald Trump.

Álvarez Mirabal was interviewed by Noticias Caracol from the Picaleña Prison (located in the Ibagué municipality, Tolima department), and provided revealing statements regarding the role of Iván Duque’s Colombia in the failed mercenary invasion last May.

In the interview, Álvarez Mirabal pointed out that she always maintained contact with the Colombian authorities: “The National Intelligence Directorate (DNI) was clear about Operation Gideon, they knew everything.”

“They gave me the number of this man (Franklin Sánchez, DNI official) and they told me that my contact name was going to be ‘Rosa,’ that whatever I needed, for any emergency, I should contact him,” she revealed to the Colombian media.

She also explained that she maintained contact with Sánchez: “At no time did I think they were going to arrest me, I was collaborating. The day they captured me, I was going to a meeting with the official (Sánchez).”

“He (Sánchez) himself told me to change the SIM card (telephone line identification), to not be calling constantly,” said Álvarez Mirabal. “If they’re protecting me, how are they going to send me to jail with illogical charges?”

In addition to the Venezuelan woman implicated in Operation Gideon, Venezuelans Rayder Alexander Russo Márquez, Juvenal Sequea Torres, and Juven José Sequea Torres were arrested in Bogotá on September 6, and also linked to the failed armed plan against the government of Nicolás Maduro.

Since then, Colombian authorities have accused Álvarez Mirabal of financing and supporting former Venezuelan General Clíver Alcalá in a coup plot against President Maduro.

However, the Colombian government has not yet ruled on the statements of Álvarez Mirabal.

On the other hand, Álvarez Mirabal’s lawyer, Alejandro Carranza, said that the director of the DNI, Jorge Miguel Padilla, sent the prosecutor in the case, Carlos Roberto Izquierdo Ortegón, a document asking to protect the Venezuelan woman involved in Operation Gideon .

The aforementioned document, signed by Miguel Padilla, requested protection for Álvarez Mirabal against “possible risks to her life and personal safety, as well as the loss of her location due to a change of address.”

Lawyer Carranza said that both former General Alcalá and members of the Venezuelan opposition participated in the failed mercenary incursion that sought to overthrow President Maduro and rupture the constitutional path of Venezuela.