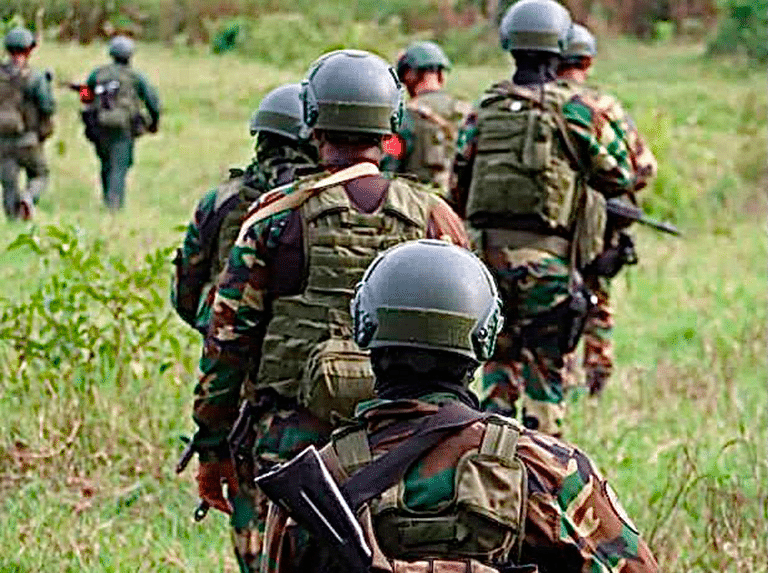 The Bolivarian National Armed Force (FANB) of Venezuela neutralized explosives that were planted by Colombian terrorists at different locations in the Venezuelan state of Apure, including in a school. This was informed by the head of the Operational Strategic Command of the Bolivarian National Armed Force (CEOFANB), Domingo Hernández Lárez, who reported that a total of six explosive cylinders were deactivated, one of them found at the entrance of the Los Arenales Elementary School in the Arauca sector of Apure state, close to the border with Colombia.

This was part of the 2022 Bolivarian Shield Operation that the FANB is carrying out throughout Venezuela, to put an end to the presence of the Colombian Armed Terrorist and Drug Trafficking groups (TANCOL).

“Sick mind and corrupted soul!” wrote General Hernández Lárez on Twitter, after reporting on the neutralization of explosives. “The degradation of the TANCOL is such that they even place booby traps in schools in order to impose their reign in the area inciting terror and fear among the inhabitants! They will be tracked down and execrated from our native soil by the FANB.”

Hernández Lárez also informed that the FANB has dismantled mobile laboratories that the criminal organizations had installed for processing cocaine smuggled in from Colombia.

Among the objects seized in these laboratories were acetone containers, microwave devices, weapons and other artifacts.

In another tweet Hernández Lárez stated that “the FANB continues to search for TANCOL cells, scrutinizing and tracking every inch of our national territory until all the invaders are expelled.”

In the past weeks, several operations have been carried out by state security forces and the FANB to neutralize the TANCOL criminal gangs, eradicate laboratories and eliminate drug crops in the Venezuelan border territory.