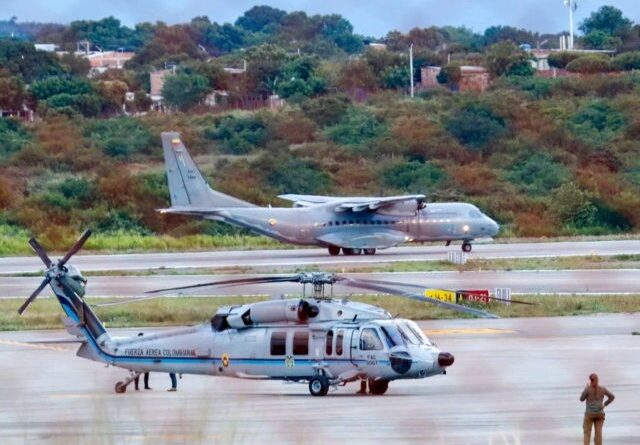 This Monday, July 26, the dissident Magdalena Medio (Middle Magdalena) Bloc of the dismantled Revolutionary Armed Forces of Colombia-People’s Army (FARC-EP) claimed responsibility for the June 25 attack on the helicopter carrying the president of Colombia, Iván Duque. The attack occurred while Duque was approaching the landing pad at the Cúcuta airport. The Magdalena Medio bloc also claimed responsibility for the car bomb attack on the Army’s 30th Brigade in Cúcuta on June 16, Venezuela’s state news agency AVN reported, citing Sputnik.

“Today we want to inform the country that we assume responsibility for the actions carried out against the Public Force such as… the action against the 30th Brigade of the Army in Cúcuta and the United States military headquarters… action against the President of the Republic, Iván Duque Márquez,” assured an individual identifying himself as a spokesperson of the dissident guerrilla bloc in a video.

In addition, through the video the group warned that attacks will continue, and also recognized their responsibility for four more actions, including the harassment of military bases in the department of Norte de Santander, and attacks on the infrastructure of mining companies.

According to the President of Colombia, Iván Duque, the video was recorded in Venezuela, although there was no evidence presented to support this claim. The extremely unpopular Colombian president, who continues to face a dire social, economic and health crisis domestically, also warned that the Military Forces will continue the fight against criminal groups.

“The terrorists who record Tartarinesque videos from Venezuela to mirror their cowardice already know about the blows we have inflicted on them, and we will continue to attack them. They do not intimidate us,” claimed the troubled Colombian president in a speech echoing his numerous unproven accusations against Venezuela, in particular the one he launched in the United Nations, subsequently proven to be inaccurate by Colombian sources themselves.