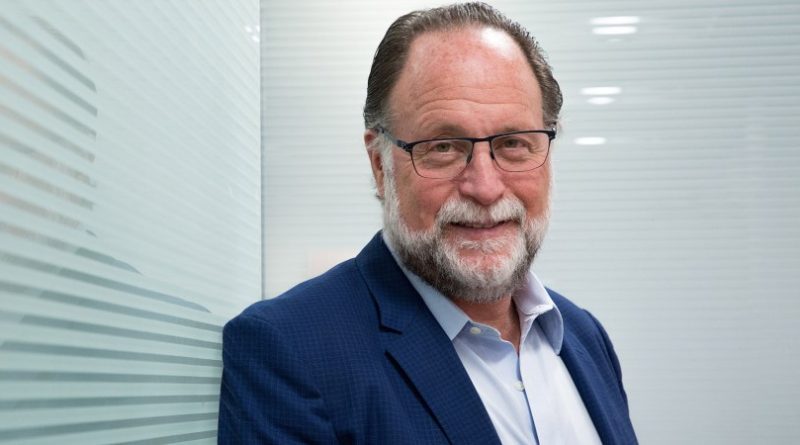 Editorial note: As an added anecdotal fact, you can see in Hausmann’s tweet that the recipient of his resignation letter was not even Guaido but his local boss LEOPOLDO Lopez, currently in a- sort of- asylum in the Spanish Embassy in Caracas, after the last April Coup D’Etat attempt led by him and Guaido.

After The Grayzone’s Anya Parampil published an exposé of Guaidó appointee Ricardo Hausmann’s opaque and hypocritical financial practices, he was forced to resign from the Inter-American Development Bank, in the latest blow to the failing US-led coup attempt in Venezuela.

Hours before an expected vote at the United Nations General Assembly on the legitimacy of Venezuela’s Maduro-led government amidst a US-led coup, a senior official of Juan Guaidó’s coup regime was forced to resign from his position.

Economist Ricardo Hausmann stepped down from his post at the Inter-American Development Bank (IDB) following an exposé by The Grayzone’s Anya Parampil of his conflicts of interest and opaque financial practices.

While Hausmann worked at the IDB as an ambassador of Guaidó’s shadow administration, he was also employed as the Rafik Hariri Professor of the Practice of Political Economy at Harvard University.

This August, Parampil wrote to Harvard University to inquire about the ethics of employing someone who claimed to be an active government official. She also asked Harvard if it would “ensure transparency by requiring Ricardo Hausmann [to] disclose the clients of his private consulting firm, Ricardo Hausmann Consulting.”

While Harvard did not respond to Parampil, her article appears to have forced Hausmann to choose between his academic position and his role in a future Guaidó administration.

“Hausmann’s resignation from the IDB is important because it shows one of the most senior coup leaders has no faith in Guaidó’s ability to ever obtain real power,” Parampil commented. “He obviously took a hard look at the situation and bet on his Harvard career over his future as a minister or ambassador in the Guaidó coup regime.”

The resignation was the latest blow to the Trump administration’s failing coup effort in Venezuela, and represents the first departure of a high-profile official of the shadow administration that was supposed to replace the elected, UN-recognized Nicolás Maduro government.

Revealingly, Hausmann addressed his resignation letter not to Guaidó, but to Leopoldo López – Guaidó’s mentor and the co-founder of the US-funded Popular Will party.

Hausmann then posted the letter on Twitter, inadvertently undercutting Guaidó’s legitimacy as the supposed “president” of Venezuela. (The letter was dated September 17, 2017, though it was almost certainly written on that day in 2019).

“Unfortunately, despite the honor and trust that this offer signified to me, I could not accept it at the moment due to the incompatibilities with my current obligations at Harvard University,” the professor-turned-coup plotter wrote in the letter.

.@ricardo_hausman sloppily tweeted his resignation letter & revealed it was emailed to Leopoldo Lopez, not his “president” Guaidó. YIKES

Also confirms it was a q of whether he could continue his work for Guaidó while employed @ Harvard that led to resignation. He chose Harvard pic.twitter.com/tnG8dc4sD0

‘This is something totally normal’

Ricardo Hausmann is the link between younger coup leaders like Guaidó, López, and Carlos Vecchio and the neoliberal government that preceded the era of Chavismo.

Hausmann was part of a group which oversaw the implementation of an economically devastating IMF austerity package during the late 1980s in Venezuela. The policy hollowed out the country’s already meager social state, sparking massive social unrest which ultimately set the stage for Chávez’s democratic election in 1998.

The economist returned to politics when he was selected this March by Guaidó to serve as his representative to the IDB. He replaced an official who had been appointed by Venezuela’s elected government in what was described by Reuters as “a major setback for the Maduro government.”

In August, Venezuela’s National Assembly appointed Hausmann to a six-person panel tasked with renegotiating the country’s debt on behalf of the Guaidó administration.

That month, The Grayzone’s Anya Parampil reported that Hausmann had raked in payments from major Wall Street financial institutions, the World Bank, and repressive and theocratic governments in exchange for speaking engagements and consulting jobs.

While the professor denounced creditors for doing business with Venezuela’s government, he was accepting lucrative payments from the governments of Saudi Arabia and Israel – two of the world’s most notorious human rights violators.

At the same time, Hausmann concealed the identities of additional benefactors behind the veil of his own private consulting firms.

When confronted by Parampil about his opaque and hypocritical financial practices, Hausmann staged a meltdown on Whatsapp until early in the morning, ultimately telling the reporter to “go to hell.”

In attempting to square the ethical contradiction of his work at Harvard and his participation in a supposedly active government, Hausmann insisted to Parampil, “I exercise no government functions. I do not run an organization, I am not paid by the Venezuelan government and I do not manage a public budget.”

In his September 17 resignation letter, however, Hausmann appeared desperate to confer legitimacy on the coup administration he had been forced to depart from.

“This is something totally normal,” he said in nominating his successor at the IDB, “and all countries do it every time they change a person in charge of the economic field.”