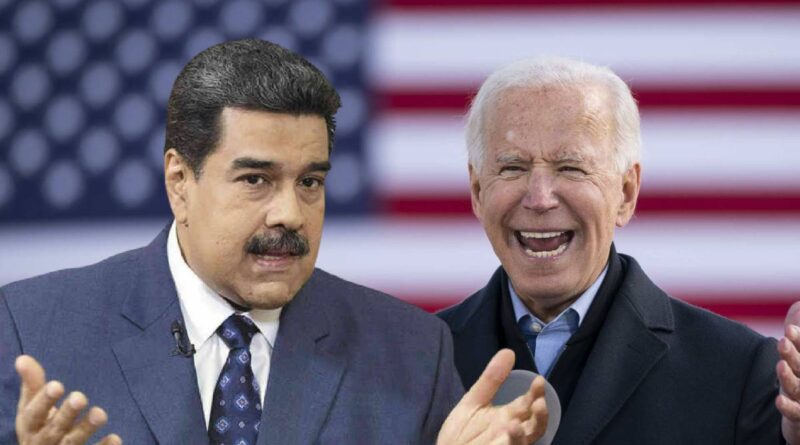 The policy of illegal economic blockade and coercive measures implemented by the previous US regime—presided over by Donald Trump—against Venezuela, based on the protests and terrorist acts promoted by the national extreme right in 2017 aimed at overthrowing the government of the President of the Republic, Nicolás Maduro, may have strengthened the standing and political stability of the current leader of the Bolivarian Revolution.

According to US conservative news outlet Foreign Policy, instead of accelerating a political transition in Venezuela by financially strangling the Venezuelan government, measures Trump took only solidified Maduro’s administration and made it more powerful than ever.

“The sanctions not only failed to produce a regime change, but also seemed to have coincided with a deepening of Maduro’s power,” wrote the media outlet, not without reiterating the same imperialist narrative dictated from the White House.

The reason for this outcome, according to Foreign Policy, lies in the following:

Trump believed that his policy of “maximum pressure” against Maduro’s government, in order to achieve a change of government in Venezuela, would make the Venezuelan president “lose control over key interest groups, from domestic actors like the Venezuelan business and military elite to international allies like Russia and China.” But the results were different.

“This is a standard argument for sanctions even though its validity is highly debated in academic circles,” continued the outlet. “Nevertheless, the Trump administration believed it saw a window of opportunity to boost democracy in Venezuela, and it jumped through.” Foreign Policy failed to mention that throughout US history its wars and interference have brought anything but democracy to targeted countries.

According to the conservative outlet, the White House chose to implement three types of coercive economic measures against Venezuela:

The first of them was “broad sanctions.” With these, implemented as of 2017, Trump prohibited the Venezuelan government from accessing the United States financial system, “a decision that created an additional set of financial challenges” for Venezuela.

“In 2019, Trump made the decision to freeze the bank accounts of the Venezuelan government in the United States and to prohibit all US entities from conducting transactions with the Maduro government without prior authorization from the Office of Foreign Assets Control of the Treasury Department,” added Foreign Policy.

The second type of illegal coercive measures was that imposed directly against the state oil company Petróleos de Venezuela SA (PDVSA). These began in January 2019, when the Treasury Department blocked access to the CITGO Petroleum corporation. This ended up causing our nation’s oil exports to plummet to levels never seen before in nearly a century.

Finally, the third type of “sanctions” consisted of prohibitions against individuals. Through this mechanism, bank accounts and assets of people and leaders linked to the Venezuelan government were allegedly frozen, but in reality many of them admitted they did not have such bank accounts.

Foreign Policy highlighted that, despite these measures, Venezuela was able to strengthen its power by learning to circumvent Trump’s attacks. The Maduro government learned to operate outside the realm of the United States financial system, bypassing the blockade. Likewise, Venezuela began to build partnerships with governments possessing expertise in circumventing US economic blockades and coercive measures.

Far from complimenting Maduro’s administration, the Foreign Policy piece seems to be an overture to Joe Biden’s administration in order to facilitate a different approach towards Chavista Venezuela.