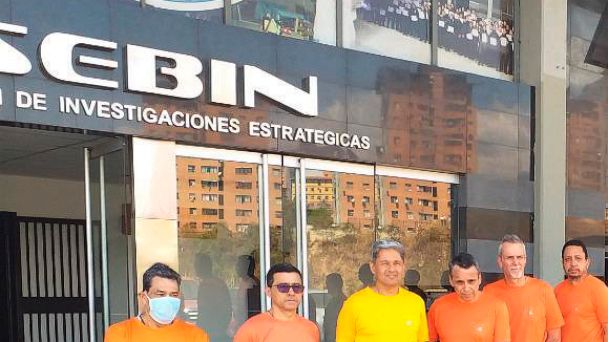 On Saturday, October 16, six former Venezuelan executives of the state-owned oil company CITGO, a subsidiary of PDVSA, were taken to jail again, according to sources in the judiciary. They had been under house arrest since April this year after being convicted for crimes of embezzlement. Relatives and lawyers confirmed this information. The criminal court that is handling their case revoked their house arrest measure.

One of those executives is José Ángel Pereira, former president of CITGO. Pereira was sentenced to 13 years and seven months in prison for embezzlement, entering into an agreement with a contractor, and criminal association—crimes categorized in the Law Against Corruption, as reported in November 2020 in a statement by the Public Ministry. The sentence carries a fine of $2 million that Pereira has to pay, which represents 40% of the assets embezzled.

All the executives are Venezuelan nationals by birth but also naturalized US citizens, except for one that is a US legal resident. The highest US authorities have made requests for their freedom for undisclosed reasons.

Many analysts in the United States have pointed out that, while US authorities have prioritized the release of these non-US-born oil executives clearly involved in a corruption scheme, they did not pay much attention to US nationals in prison in Venezuela for their notorious and evident involvement in espionage and terrorist plots. For example, Luke Denman and Airan Berry were leaders of Operation Gideón, and Matthew Heath was captured near an oil refinery with explosives and accused of spying for the CIA.

The charges
The Prosecutor’s Office accused the executives of agreeing to refinance CITGO’s debt under unfavorable conditions for the Venezuelan State. By virtue of this accusation, the First Trial Court of Caracas issued a sentence against them on November 27, 2020.

At that time, Venezuelan Prosecutor Tarek William Saab explained that they “requested loans of up to $4 billion under unfavorable conditions for the Venezuelan oil industry without any discretion, meaning behind the back of the President of the Republic, Nicolás Maduro, and offered CITGO assets as a guarantee against the loans.”

Days before the sentence was released, the Office of Foreign Assets Control (OFAC) of the United States Treasury Department sanctioned Judge Lorena Carolina Cornielles Ruiz, the judge who convicted the CITGO 6, as the mainstream media call them, as well as the prosecuting attorney Ramón Antonio Torres Espinoza.

The six former executives were taken back to prison last Saturday, on the same day that Venezuelan diplomat Álex Saab was illegally extracted from Cape Verde to the United States. The United States, in its failed “regime change” operation, handed over the administration of CITGO, a PDVSA subsidiary based in the US, to former deputy Juan Guaidó.