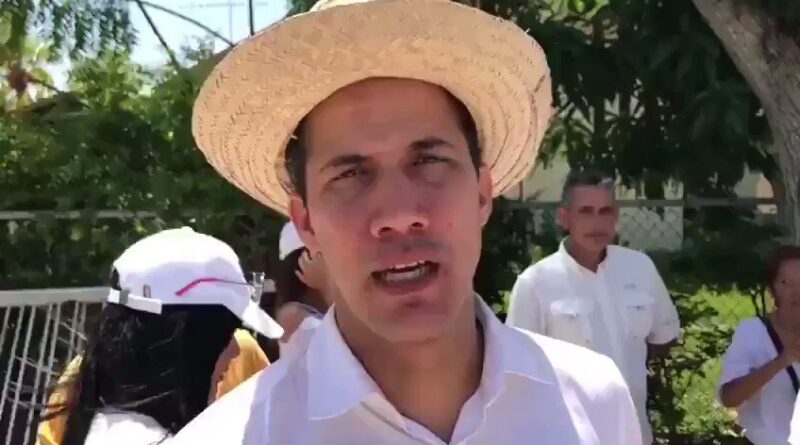 Former deputy Juan Guaidó said this Wednesday, June 2, that they are evaluating the possibility of Mexico being the headquarters of negotiations with the Government of Venezuela chaired by President Nicolás Maduro.

“We are evaluating Mexico, Norway, and some other countries that can independently, impartially, and respectfully host a possible negotiation,” said the self-proclaimed “interim president” in an interview for the Mexican Reforma website.

The interview caused an uproar in Mexico because it was published just a few days before the country’s mega-elections, and was used again to sow fear of communism, in order to try to boost the disorganized Mexican opposition.

“We are in a phase of exploration of the possibility of a negotiation, within the technical elements [being discussed] is the headquarters, the physical location; and a possible one is Mexico,” Guaidó reiterated during the interview.

When asked about a possible military intervention in Venezuela by the United States government, he argued that “whether or not the use of force is necessary, what I believe is that it must be evaluated responsibly to save lives, to regain legitimacy”—a slight deviation from Guaidó’s previous threats, made when he had full international support.

President Maduro confirmed this Tuesday, June 1, that the undemocratic sector of the opposition agreed to meet with the delegation of the Kingdom of Norway, and enter negotiations with the Bolivarian Government.

“We managed to get the extremist opposition to sit down (and negotiate),” said the head of state, while ensuring that the Norwegian delegation is already in Venezuela fulfilling the dialogue agenda.

Maduro, it is worth noting, placed three conditions in the framework of these negotiations with the radical sector of the opposition:

• the immediate lifting of all unilateral and coercive “sanctions.”

• the full recognition of the Venezuelan National Assembly by foreign governments that have been truncating the development of internal politics.

• the return of bank accounts and assets to Venezuelan institutions such as PDVSA, the BCV, and the assets that, even in the midst of the pandemic, is being held abroad.

In recent days President Maduro added a fourth condition related to transparency. He suggested that to advance in any negotiations the opposition must stop requesting secret meeting. President Maduro wants all the meetings to be public and accessible to the media.

Featured image: Former deputy Guaidó wearing a hat used in the east of Venezuela, similar to those of the Mexican Charros. File photo.