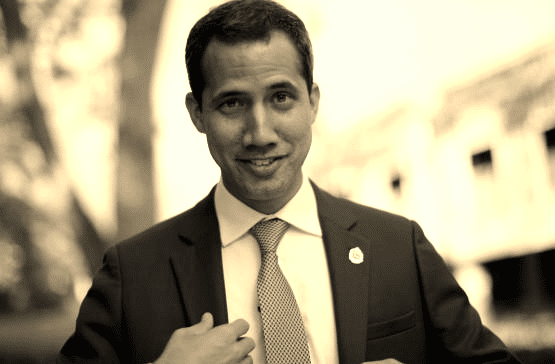 Approximately $2.6 million have gone supposedly as salary into the pockets of former deputy Juan Guaidó to date in 2021 only, as revealed by spokespersons of the right as well as by media, based on documents issued by organizations that recognize the so-called “interim government” of Venezuela, a fiction only supported by the United States government and a constantly decreasing number of European countries.

In this regard, anti-Chavista Venezuelan economist based in New York city, Francisco Rodríguez, published on social media platforms data corresponding to a report of the fake board of directors of the Central Bank of Venezuela (BCV) appointed by the self-proclaimed “president” Guaidó, a body through which the Guaidó gang has channeled financial resources looted from the Venezuelan people.

Similarly, journalist John McEvoy of the British newspaper The Canary also disclosed the link from the website of the fake ad hoc Administrative Board. This board illegally handles money belonging to the Venezuelan people, money that was looted by the US Office of Foreign Assets Control (OFAC) and is kept under the control of the United States Federal Reserve.

“According to official documents, Juan Guaidó has paid himself $1,901,100 from funds that were originally looted from the Venezuelan State,” McEvoy wrote on Twitter. “A rough total $2.6 million has been paid to the fake ‘presidency’ this year.”

According to official documents, Juan Guaidó has paid himself another $1,901,100 from funds that were originally looted from the Venezuelan state.

A rough total $2.6 million has been paid to the fake "presidency" this year.https://t.co/GLDcTEoiiz pic.twitter.com/UwH56pdruk

Distribution of the loot
The fake BCV website shows that the total amount that the group led by former deputy Juan Guaidó stole in complicity with the United States government, amounts to $121.89 million.

In addition to the money that the fake BCV “administrative board” deposited, with the support of OFAC, to the account of the fake “interim president,” they also assigned $3.58 million to the fake foreign affairs ministry headed by Julio Borges.

In addition, the fake BCV shows a disbursement of $4,575,465 for the National Assembly (AN) elected in 2015. It must be noted that the period of that assembly expired in 2020 according to the Venezuelan Constitution, with the election of a new assembly in December 2020. However, the Guaidó gang insists on keeping that body “active” to justify its money laundering operations together with US and UK governments.

The distribution of money has been carried out since July 29, 2020, as shown in the report, which also includes various entities created illegally. Moreover, it justifies these disbursements under concepts such as payment of salaries to deputies of the extinct National Assembly, the supposed bonus that never reached healthcare workers, humanitarian projects, and paid lawyers to “defend” and manage the money that they stole from the Venezuelan State.