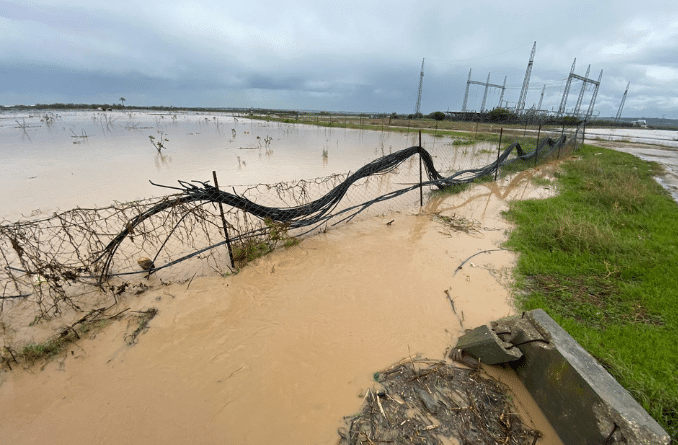 According to the Palestinian Ministry of Agriculture in the Gaza Strip, Israel has so far flooded nearly 700 dunums of agricultural land including 600 dunums (148 acres) east of Gaza City, and 100 dunams (24.7 acres) east of the town of Beit Hanoun.

The ministry added that Israel has opened floodgates twice this month, and called on human rights organizations to immediately intervene and stop the Israeli violations against the agricultural sector in Gaza.’

Israel has built a number of dams to hold back rainwater along the eastern and northern borders of the Gaza Strip to prevent it from naturally flowing into Gaza.

After heavy rains, the Israeli authorities open the gates towards the Palestinian agricultural lands in Gaza.