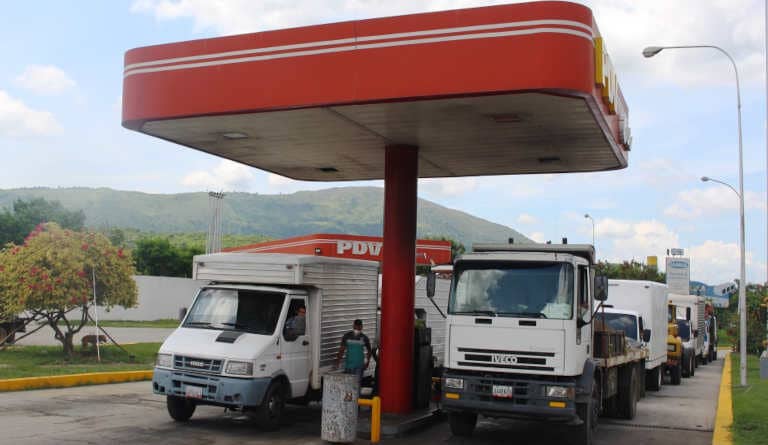 After long months of getting up early and spending endless hours in queues at service stations in Caracas, local residents have begun to see the light at the end of the tunnel. Since the beginning of January, they can now fill their vehicles with gasoline within few minutes.

Thanks to an increase in fuel production since the end of 2021, the long lines of cars and motorcycles that used to create traffic jams around gas stations are becoming a thing of the past in the avenues of the capital city.

Ever since the start of the second quarter of 2020, with fuel shortages and the arrival of COVID-19, a fuel distribution plan was enabled based on license plates numbers and peak supply demand. The plan was implemented in various supply stations in the country that were considered as strategic, in order to ensure that all citizens had fair access to fuel.

In this plan, at least 24 fuel stations were set up in the metropolitan area of Caracas to supply drivers according to the last numbers on their vehicle license plate, with the exception of the vehicles of priority sector personnel that could access supply every day.

Since the implementation of this program, gas pumps and gas stations have been under the supervision of the Bolivarian National Guard (GNB) and members of the police forces.

An Últimas Noticias team toured various areas of the city and confirmed that gas stations are functioning much better than they were two years ago. In those stations where there were queues, there were no more than 30 vehicles in line to get fuel and, according to those in charge of the establishments, the waiting period for filling up is less than 15 minutes.

Juan Rengifo, the GNB sergeant major in charge of the gas station close to the Central University of Venezuela campus, in San Pedro parish, assured that this is one of the fastest gas stations when it comes to service in the area. This statement was corroborated by Yarima Flores who is in charge of the station. Flores added that the license plate and peak supply modality is still being implemented on the site. However, as long as there is no queue, exceptions are made for people who need to refuel.

Juan Goncalves, a resident of Los Dos Caminos of Sucre municipality, in Miranda state, said that he usually fills his car close to the campus station because he works nearby. “It is one of the most effective stations, both in terms of time and attention,” he praised.

Molinares stated that some time ago it could take up to three days to get fuel, but now the queues have significantly decreased. “I just drove into the station and it took me at most 10 minutes waiting in line,” he explained while waiting for the gas pump attendee to fill the tank of his car.

Diana Sosa, the second sergeant in charge of distribution at Station 93 explained that since approximately August of last year, the queues began to move faster at the station.

At the gas station in El Conde, in Parque Central, San Agustín, and at the El Llanito PDV pump in Petare, there were also few cars waiting in line.

The same thing was observed at the La Urbina III gas pump in Petare, where queues circulated quickly, and people who were passing through, like Carlos Sixto, from the eastern part of the country, commended the service station where it only took 10 minutes for him to stock up on gasoline and continue his journey through the capital city.

“I often come to this station [La Urbina III in Miranda] because the quality of the service here is very good,” said Leonardo Yépez. “It only took 10 minutes in line to get gasoline.”

“I belong to the United Drivers of Petare,” said Rodolfo Valera to Últimas Noticias, at the gas station in Sucre, in Miranda state. “I always come here to get gas. I don’t even have to wait half an hour in line and I’m already stocking up.”