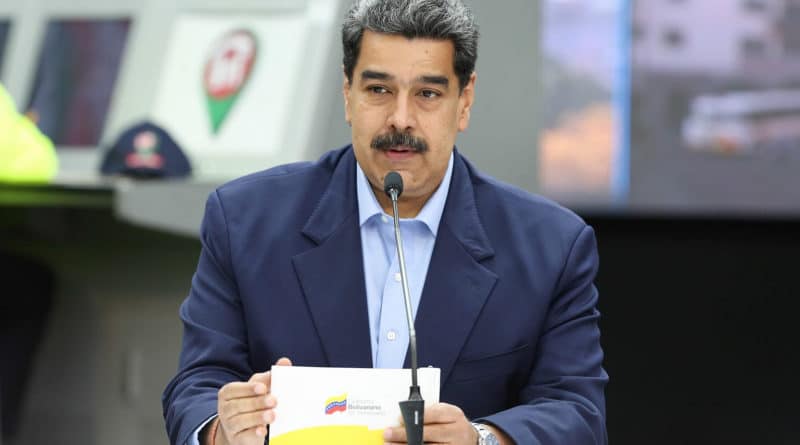 Venezuelan President, Nicolás Maduro, formalized this Thursday the creation of the National Special Anti-Terrorism Corps. The head of state made the announcement from the Ayacucho Hall in the Miraflores Palace.

In a national radio and television broadcast, Maduro reported his instruction that the new agency “assume with all the operational defense forces, the defense of the country and the dismemberment of all terrorist groups that seek to disturb peace and security”, while ordering the activation of the National Plan against Terrorism 2020-2022, which will be commanded by Major General Hernán Gil Barrios.

The president explained that one of the reasons for this anti-terrorist body is due to the detection, by the intelligence bodies, of new plans of the extreme right to “finance organized crime mafias and put them to work in a plan of destabilization of the main cities in the country.”

In that sense, he denounced the right for “activating its mechanisms of articulation, using the dollars of the United States government, to use organized crime in order to destroy, from the inside, and to serve as an instrument for new guarimbas and terrorist violence.”

As for the Great Peace Quadrants Mission, the President explained that the idea is to further strengthen its range through its eight vertices of action, which are: the fight against drug trafficking, corruption, organized crime and financing terrorism; also to seek to strengthen security agencies and the risk management system and the transformation of the Bolivarian National Police (PNB).

He also entrusted the Minister of Defense, Vladimir Padrino López, to head a special commission to detect, combat and prevent cyber crimes that have proliferated in social networks and that constitute a danger for new generations.

In that same context, he called for strengthening the Movement for Peace and Life and ensuring that each Peace Quadrant has its sports circuit articulated, as part of the first vertex of the Great Peace Quadrants Mission.

He described citizen security as a transversal element in education, culture and sports, “before capitalism takes the soul of children.”

“It is an order that I am giving, it is a transversal element that we are going to touch, the elements of the anti-values of diabolical capitalism that destroy entire families, the life of a young man, a girl or a boy,” he said.