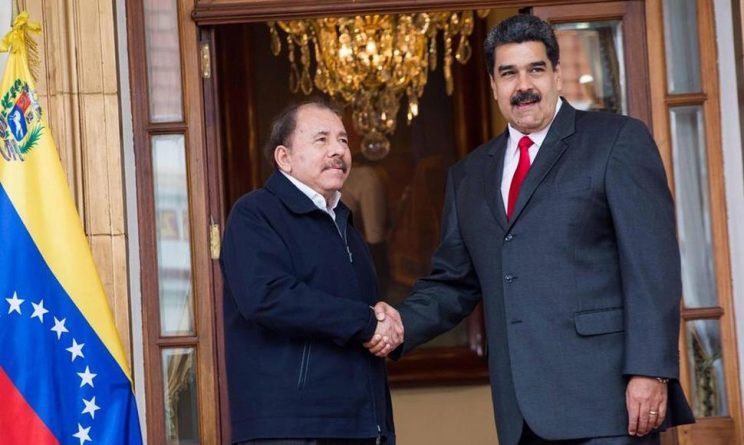 The Nicaraguan government that presides over the Sandinista, Daniel Ortega, opened on Monday a book of solidarity to collect signatures in favor of the president of Venezuela, Nicolás Maduro, in the midst of the situation in the country.

The solidarity book is open to the public at the National Palace of Culture, in Managua, where state workers and members of the Sandinista Youth, the youth arm of the ruling Sandinista National Liberation Front (FSLN), attended.

Also the ambassador of Venezuela in Nicaragua, Francisco Javier Arrúe, who thanked President Ortega for the support of the Venezuelan ally.

“Nicaragua has Venezuela and Venezuela has Nicaragua, because they could not defeat us and will not,” the diplomat said.

Arrúe explained that Venezuela hopes to collect 10 million signatures in different countries, “even if they do not pay attention to it in the White House, even if the empire silences it, but the people of the world are with the Venezuelan people and the government of Commander Nicolás Maduro.”

The book, according to the organizers, seeks to invite to sign “for peace, for independence and sovereignty of the homeland of Venezuela, where we bet on dialogue and understanding.”