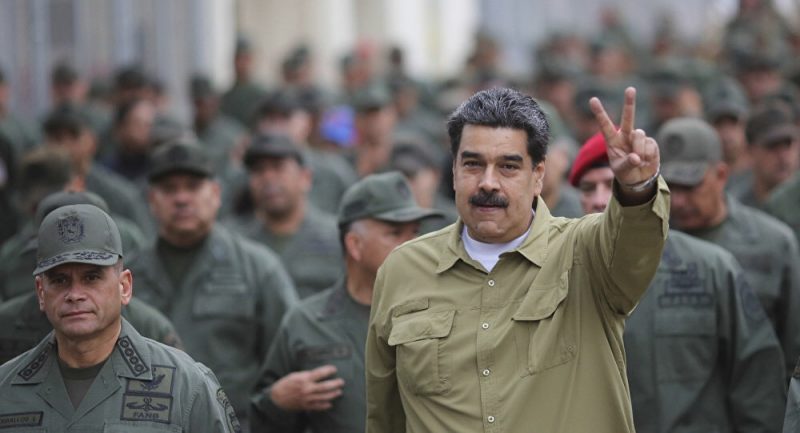 International divisions over the crisis in Venezuela continue to deepen, with the US planning to support a UN Security Council resolution calling for fresh elections in the country. Russia has prepared a separate resolution supporting the current government. Speaking to Sputnik, Venezuela expert Sebastian Tapia outlined the situation on the ground.

Sputnik: In your view, how justified are the negotiations conducted by Washington? Are they likely to be successful do you think?

Sebastian Tapia: If you mean the negotiations between Washington and part of the military in Venezuela to get them to defect, they are not even legal – that’s complete meddling with another country. Really I think there are not going to be any fruits coming out of it. They’ve only gotten to one general from the air force, and now one colonel to defect or to claim that they support [opposition leader Juan] Guiado. But that’s all they have been able to do so far.

The Venezuelan military is really behind Maduro, and supporting him, and they are very nationalistic themselves. So far I don’t think they are going to support Guaido.

Sputnik: Based on your previous answer, you don’t seem to believe in any possibility of  Nicolas Maduro resigning any time soon?

Sebastian Tapia: No, I don’t think he would resign. He does have the legal [mandate] to be the president. He was elected last May, and as long as he has the army behind him and supporting him, he really doesn’t have any reason to actually resign. Unless you are talking about an open intervention from the United States, with troops on the ground. That would be a completely different scenario. But before you get there, I don’t think there is a possibility that he will resign, because he doesn’t really have to.

Sputnik: What’s your take on the recent discovery of the arms cache from the commercial cargo plane from Florida that made the news a few days ago where they found some rifles and ammunition?

Sebastian Tapia: Yes, there were some 120 rifles and munitions, etc. The United States did say they were sending humanitarian aid, and that’s the kind of aid you usually get when someone like Elliott Abrams is the one in charge of dealing with the Venezuelan problem [as US special envoy]. This guy was convicted for the Iran-Contra scandal in the 80s by smuggling weapons to the Contras in Nicaragua, so it was expected for them to do this this time.

I think this is just one shipment that they got, but there’s going to be much more in the future.

Sputnik: Do you think there will be more attempts by the US to topple the Maduro government?

Sebastian Tapia: I do expect more attempts from the US to do so, because they have been doing it since Hugo Chavez was in power over the past 20 years. Even Maduro had attack against him last August, and there was a piece by the New York Times in September claiming that the Trump administration has been negotiating with the military to defect since 2017. So this is an ongoing process for a long time, and they will keep on working on it.

How does the US benefit from this? It’s much more than just getting oil. It’s a chance to control the area, and to try to take China and Russia out of Venezuela. The investments from these countries are really big in Venezuela; they are keeping the government afloat. They are keeping a socialist government afloat and the United States just can’t allow that ‘in its own backyard.’ So they keep on doing it, and they really don’t care what the other powers think. They think that’s their prerogative.

Sputnik: Sebastian, what are your thoughts with regard to this particular situation as a Latin American expert? We’re seeing lots of pictures coming out of Venezuela on Twitter for example of many supporting Nicolas Maduro, and then on the other hand we know there are all sorts of issues and challenges, for example with the need for medical support for much of the population, and huge migration out of Venezuela? What is the real picture? What can you share with us?

Sebastian Tapia: Well it is a complex situation. The Maduro government does have a lot of support. Those are people who are politically motivated, and they usually go out into the streets and do rallies…but the opposition is also very big and very strong. They also do some rallies every now and then, but they represent the upper middle classes of Venezuela. So usually those who migrate, especially to far away countries, such as the United States, or Argentina, are more vocal, show their support against Maduro through  social media. But actually the country is really divided, and there is a huge part of the Venezuelan people that just doesn’t care for either side, and just wants to live normally.

Sebastian Tapia is an geopolitical analyst, expert in Latin American politics, and professor of international journalism at the Universidad Abierta Interamericana in Buenos Aires, Argentina. The views expressed by Mr. Tapia are his own, and do not necessarily reflect those of Sputnik.