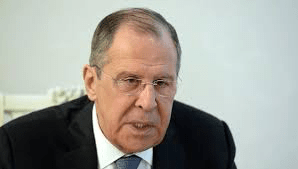 The US has lost all shame with its actions towards Venezuela, warns the Russian chancellor.

Russian Foreign Minister Sergey Lavrov has assured that the UN Security Council will not approve the resolution proposed by the US. on Venezuela, since it is aimed at covering the military intervention plans in this country.

The US draft resolution seeks to cover up with the delivery of humanitarian aid the provocations that are being planned, as a means to destabilize the situation in Venezuela, and even obtain a pretext for direct military intervention. “The Security Council will never make a decision to this type, as you understand,” the senior Russian diplomat said at a joint press conference with his Finnish counterpart.

According to the Russian chancellor, the US representatives have lost all shame in dictating to the Venezuelan opposition what to do.

On Monday, the director of the Latin American department of the Ministry of Foreign Affairs of Russia, Alexander Schetinin, said that Moscow intends to present its own draft resolution to the UN Security Council to resolve the crisis in Venezuela in response to the American version.

“We have proposed a draft that, in our opinion, could become the basis of a consensus or at least obtain a majority of votes,” Schetinin said.

Sergey Lavrov stressed that the US statement that the Russian resolution on Venezuela is aimed at disrupting humanitarian actions is false.

Opposition leader Juan Guaidó, who proclaimed himself president of Venezuela on January 23, announced that the first part of the so-called international “humanitarian aid” has already been delivered. This “humanitarian aid”, worth more than 20 million dollars, had been promised by the United States to the Venezuelan opposition.

On the other hand, the constitutional president of Venezuela, Nicolás Maduro, called such a delivery of a “show” destined to violate the sovereignty of the country and affirmed that it represents only an excuse for a military intervention in Venezuela.

“If you want to help Venezuela, release the money that has blocked us,” he said in relation to the alleged assistance that the US is trying to send through Colombia. And he proposed that this help be given to the people of the Colombian city of Cúcuta, who suffer from worrying social and economic conditions.