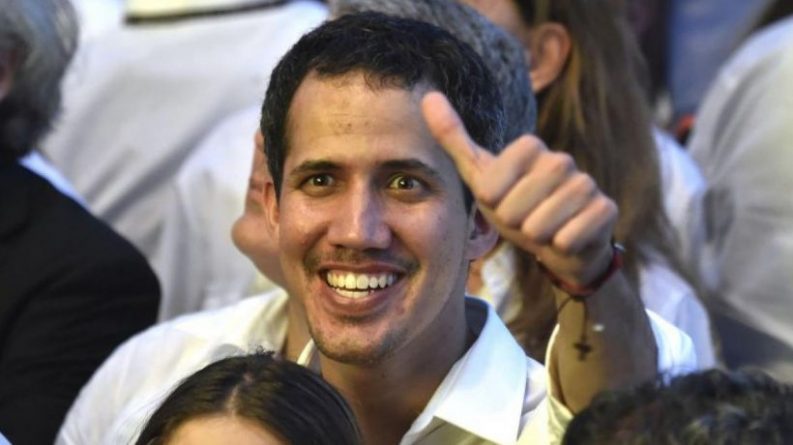 A chronicle published by Orlando Avendaño in the reactionary PanamPost affirms that the figure of “interim presidency” of Juan Guaidó arose in a meeting at the headquarters of the Organization of American States (OAS). According to Avendaño, in that meeting on December 14, the Secretary General, Luis Almagro, along with Julio Borges, Leopoldo Lopez, Maria Corina Machado and Antonio Ledezma, defined that the last big move of the opposition would be to promote a “transition government”.

On January 16, after going back and forth between the four opposition leaders, the strategy was re-launched, again at the OAS when the United States called a meeting with Leopoldo López, through a video call, and Juan Guaidó. This time the proposal was presented to the ambassadors of Argentina, Brazil, Colombia, Guatemala, Chile, Honduras and Paraguay.

The United States endorsed it and a few days later, Vice President Mike Pence contacted Guaidó before his “self-proclamation” to reiterate the White House’s support, according to a report in The Wall Street Journal signed by Juan Forero and David Luhnow. On February 18, almost a month after the staging of Guaidó, these two reporters quoted a former US official: “The people who designed this plan in Caracas and sold it here (in Washington), sold it with the promise that if Guaidó made a move and (the countries of South America) and the United States backed him up, the military would turn and Maduro would leave.”

That did not happen, as is known, on February 23 in the attempt to deliver “humanitarian aid”, led in the front line by the envoy to Venezuela from the State Department, Elliott Abrams, the head of the Agency for International Development for the State Department, Mark Green, the OAS Secretary General, Luis Almagro, the President of Colombia, Iván Duque, and his peers from Paraguay and Chile, Mario Abdo Benítez and Sebastián Piñera. On Monday 25, Vice President Mike Pence allegedly challenged Guaidó for failing to get half of the Venezuelan military to break ranks, as he had promised, according to a publication in “La Politica” portal.

WHO IS BEHIND GUAIDÓ?
Dan Cohen and Max Blumenthal wrote some time ago that “Guaidó was a product of the labs of regime change in the United States.” Formed by institutions such as the National Foundation for Democracy, along with satellite organizations such as Otpor of Serbia, the political utopia of Guaidó’s generation, inculcated by them, was always the soft coup, or color revolution, the violent exit of Chavismo from power.

That is to say: Guaidó in essence is a fusion of the Popular Will party, perhaps the most financed and most related to the State Department and the political-mafia fauna of Florida, represented today by Senator Marco Rubio. Who through Mauricio Claver-Carone and Carlos Trujillo controls the seat for Latin America in the National Security Council, and the diplomatic representation of the United States in the OAS. Both are known to have been advisors and people close to Rubio during his last electoral campaigns, financed by the Koch industrialists, affected by the nationalization of FertiNitro company in Venezuela, and a cluster of businessmen related to Cuba and Venezuela based in Miami.

Paradoxically, on August 30, long before the Guaidó adventure began, Marco Rubio declared after a meeting in the White House: “The United States Armed Forces are used in case of a threat to national security, a very strong argument to say that Venezuela has become a threat to the United States.” In those days of August, the campaign of overexposure of the Venezuelan migration, aggravated by the sanctions, coincided with the affirmations of the Secretary General of the OAS, Luis Almagro, that the Venezuelan case was typified specifically under the doctrine of Responsibility to Protect (R2P), used in Libya as an ad hoc diplomatic device to intervene. The headline of El Universal was: “Almagro urges the international community to prevent Venezuela from being another Rwanda.”

That same month of August, President Maduro gave a press conference, after the attempt to assassinate him with some drones, where he revealed that the United States, along with other countries, was working to support former military Oswaldo García Palomo to try again a coup d’état after having failed with Operation Constitution before the presidential elections in May, and the experiment of an armed cell led by Óscar Pérez.

In December, very close to the meeting in the OAS that hatched Guaidó, President Maduro again gave a press conference in which he denounced the United States for preparing to support a “parallel government”, a new coup attempt by García Palomo, and, if all that went wrong, an intervention backed by more than 700 mercenaries trained in Colombia and teams of Special Forces of the United States, trained in the Eglin base of the Air Force located, paradoxically, in the state of Florida.

The end of the story is widely known: Guaidó self-proclaimed in a plaza in Chacao, with that excuse the United States ordered an oil embargo on Venezuela, García Palomo was arrested just before he carried out his last coup attempt, and Washington a month later backed up a military operation from Colombia, under the cover of  disinterested “humanitarian aid”.

GUAIDÓ, THE FUSE THAT FRAYS
The White House designed Guaidó as an open source operation , which could unite many dispersed groups under one common goal: to get Maduro out. As in 2014 and 2017, it was La Salida, then the violent guarimba, the appearance of Óscar Pérez and the overexposed migratory “exodus”, among many other operations of the same type. Guaidó, like all those, is only functional while he serves as the narrative cover for the cluster of aggressions and actions against the Bolivarian Republic.

Washington’s determination to accumulate sanctions, embargoes, threats and diplomatic offenses is another demonstration of how it is used to accelerate a route that has bogged down. Especially in the regional and international arena, where the thesis of an intervention has not been well received to the point that one of the creators of the operation, John Bolton, has been forced to say that they need to get the “broadest coalition possible to get Maduro and his corrupt regime. ”

The Guaidó operation needs to be on track, like the Bolton’s plan’s route, because beyond the epic mediatized and standardized by social networks, the amount of power resources put against Venezuela has not achieved the necessary objectives, but the cohesion of Chavismo around Maduro has. In that swamp, taking Guaidó prisoner would have made credible the story that Bolton wants to sell to the world to build a coalition against Maduro. But it has not happened, and with that, what is nourished is the Chavista discourse, and the fear and disgust produced by a blatant foreign intervention led by Trump. The last meetings of the Lima Group and the UN Security Council demonstrate this.

Because in the sense of “the Empire acts creating its own reality to do it”, paraphrasing a senior official of Ronald Reagan, the story about the Venezuelan conflict has gotten out of hand. Therefore, to stoke the socialist threat, stirred by Trump ahead of the presidential 2020, the route of aggression to Venezuela has to find a channel that Guaidó has not given. Which makes him useful as long as he can explain the appearance, or not, of the next phase, which is possibly the renewed attempt to create a Venezuelan Islamic State, in case of not achieving the exit of the government by any other type of way.

In this context, of local managers who can not fulfill global orders, the importance of Guaidó is reduced only to what they can do with him.