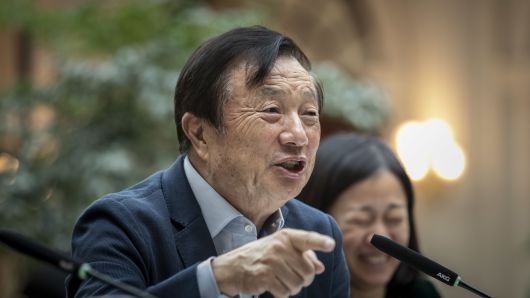 In a latest interview with a foreign media organization, Huawei founder Ren Zhengfei said his company can fend off any challenges posed by the United States.

The world’s biggest producer of telecom equipment is facing intense scrutiny in the West. Huawei has been accused of working at the behest of the Chinese government, along with another Chinese network equipment company, ZTE.

Ren told BBC that there’s no way the U.S. can crush us, because world needs Huawei for its more advanced products.

“Even if they persuade more countries not to use us temporarily, we could just scale things down a bit,” Ren added.

The company founder also said Huawei has been improving its products and services, partly because the U.S. keeps finding fault with it.

The United States says Huawei-manufactured equipment could be used to spy on Americans, and has called on allies not to use Huawei technology. The telecom giant has repeatedly denied the claims, and Ren reiterated the company will “never undertake” any spying activities.

Despite the U.S. efforts to sway the opinions of its allies on the Chinese telecom giant, some countries have different considerations over the usage of Huawei technology.

The Reuters news agency quoted sources as saying Britain does not support a full ban of Huawei from national telecom networks. The Financial Times also reported Britain has decided it can mitigate risks.

New Zealand’s prime minister said no final decision has been made on whether to use Huawei in a planned network upgrade. She said an independent process is going through the country’s legislature.

German economy minister said the government is still in talks on Huawei’s role in building the country’s high-speed internet infrastructure.