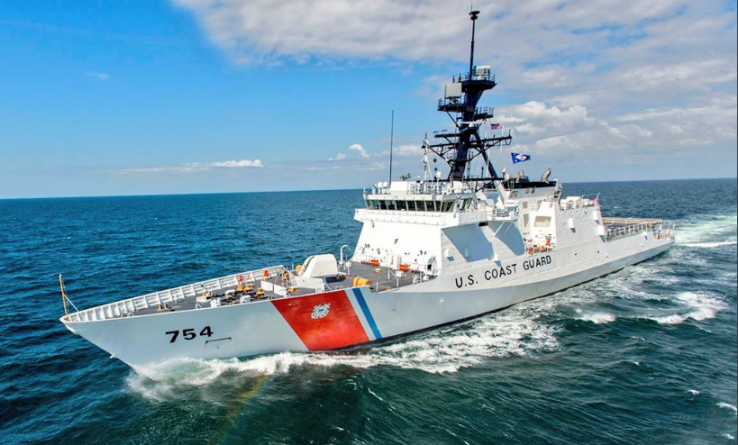 News Security and Defense
May 11, 2019May 11, 2019 orinocotribune CG James WMSL754, US Coast Guard, US Imperialism, us military aggression, violation of territory

The warship of the United States, CG James WMSL754, of the Coast Guard of that country, was located this Thursday May 9 at 18 nautical miles from the Port of La Guaira, in jurisdictional waters of the Bolivarian Republic of Venezuela, in violation of international maritime law.

This ship was moving towards Puerto Cabello, which motivated the deployment of a Venezuelan Navy patrol to the site, because it was located in the exclusive economic zone of Venezuela, reported the national authorities.

It was known that this boat belongs to the latest generation group. It is characterized as one of the most advanced of the US fleet and is fully equipped for electronic warfare and also artillery. Apparently, the ship would be in “recognition work” in the area.

For its part, the Bolivarian National Armed Forces (Fanb) dispatched the ship Yekuana, in order to dissuade the US ship from remaining in Venezuelan territory.