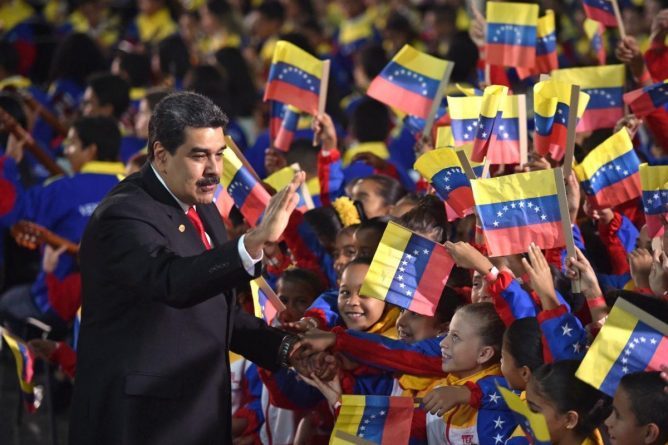 Hezbollah condemned yesterday the “flagrant” US “interference” in Venezuela’s affairs.

A statement published on the website of Hezbollah-owned TV station Al-Manara, said that “Hezbollah strongly condemns the coup attempt against the legal authority in [Venezuela],” noting that the US is standing behind this move.

Hezbollah stressed that it is standing beside the Venezuelan President, Nicolas Maduro, and his “elected” government, stressing the recognitions made by the US administration “do not legitimise the coup,” Anadolu Agency reported.

In addition, the statement said: “All the world knows that the American aim behind its interference is not defending democracy or freedom, but controlling the wealth and resources of this country and punishing patriotic countries for their political choices which are against the US’ domination policy.”

The Venezuelan president has vowed to defeat a “coup d’état” against Venezuela’s sovereignty, local media reported. Speaking at a press conference in Miraflores Presidential Palace in Venezuelan capital Caracas yesterday, Maduro said that: “We will defeat a coup d’état that intends to intervene in political life, throw Venezuelan sovereignty to the side and install a puppet regime for the interests of the US and its allies in the Western world.”

He stated that international media has been putting pressure on Venezuela and manipulating facts about the South American country. The president said Venezuela should solve its domestic problems alone, without the intervention of the imperialist US.