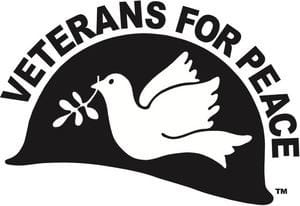 Veterans For Peace is outraged at the unfolding coup d’etat in Venezuela, which is clearly being orchestrated by the U.S. government. Two hundred years of blatant U.S. intervention in Latin America must come to an end.  Veterans For Peace was founded in 1985, in part prompted by the U.S.-backed “contra” war in Nicaragua, and U.S. support for the rightwing government in the bloody civil war in neighboring El Salvador.  We did not want to see another Vietnam War in Central America.

Years of increasingly crippling U.S. sanctions have succeeded in destabilizing the Venezuelan economy and created great unrest, division and migration.  The U.S. government encouraged Venezuelan opposition parties to boycott last year’s election. Now they are calling the election fraudulent, and attempting to install a little-known politician more to their liking.  This is part of a dangerous game that the U.S. continues to play throughout Latin America.

President Trump’s National Security Advisor John Bolton has called Venezuela, Nicaragua and Cuba the “Troika of Tyranny,” and boasted that they have now “met their match.”  Right-wing Cuban American Senator Marco Rubio of Florida, said to be deeply involved in orchestrating this coup, has implied that U.S. military intervention may be next. Responding to questions about possible military intervention, President Trump says that “all options are on the table.”  Trump and Vice President Mike Pence have openly encouraged the Venezuelan military to stage a coup and U.S. officials have even met with potential coup leaders.  Right-wing governments in Colombia and Brazil could also possibly be involved in U.S.-coordinated military action against the democratically elected government of Venezuela.

In our Statement of Purpose, Veterans For Peace promises to “restrain our governments from intervening, overtly and covertly, in the internal affairs of other nations.”  We call on our members in over 100 U.S. cities and internationally, to make their voices heard.  We must do all we can to prevent a bloody civil war from taking a huge toll on the Venezuelan people, and the peace-loving people of the hemisphere.

Call your political representatives, write letters to the editors, protest in the streets, resist yet another blow against democracy and human rights in this hemisphere and the world.

For more historical context details about the current situation in Venezuela, please read this Open Letter signed by 70 academics, Latin America experts and activists, including Veterans For Peace Advisory Board members, Medea Benjamin and Phyllis Bennis.