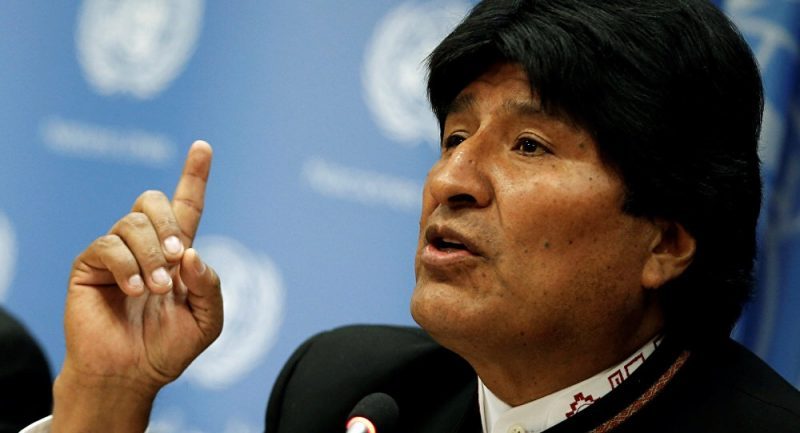 Bolivian President Evo Morales has secured victory in the primary election of his Movement for Socialism party, which means that he will be able to run for his fourth consecutive presidential term in October, the head of the Plurinational Electoral Organ, Maria Eugenia Choque, said on Monday.

Last December, Bolivian Supreme Court ruled that Morales, who has been ruling the country since 2006, could run for the primary election, along with eight other candidates. The move faced strong criticism from the opposition.

Morales and Vice President Alvaro Garcia Linera have secured support of 89.7 percent of voters, Choque said at a press conference after 77 percent of the ballots were counted.

In February 2016, Bolivia held a referendum on passing amendments to the country’s constitution that would allow Morales to serve as president for four terms in a row. The idea was rejected by 51.3 percent of voters.

Morales initially said that he respected the people’s will but then called the referendum a “victory of lies.” In November 2017, the Bolivian Constitutional Tribunal allowed the incumbent president to seek yet another re-election.