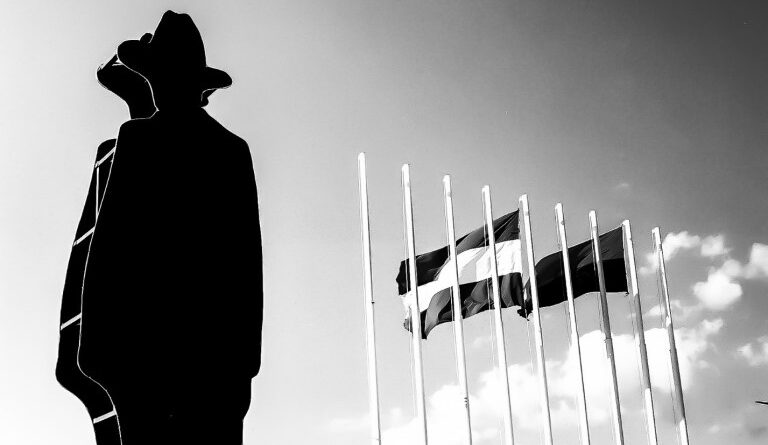 In March, 2021, I traveled to Nicaragua as a delegate with the Sanctions Kill! coalition to witness the impact of the ‘coercive measures’ the U.S. uses to impose its political and economic interests, rationalized by its allegations of repression and political crisis. Yet rather than find a people under dictatorship, I arrived to a society thrumming with autonomous productivity, bolstered by decades of redistributed wealth, historic self-determination and a disciplined sense of resiliency.

There’s a feeling in the air that the U.S. media hasn’t quite been able to put its finger on. Perhaps it’s fourteen consistent years under a government which provides its people a level of support that most in the U.S. can hardly fathom. While we, the richest country in the world, debate over trillions of dollars of student debt and a failing healthcare system that causes hundreds of thousands of deaths, the poorest country in Central America offers universal healthcare and free university education to all of its citizens.

The memory of the bloody Somoza regime, scars of the U.S.-funded contra war, and the loss of progress to seventeen years under neoliberal capitalism are felt throughout Nicaragua. The history is kept alive through the celebration of the people’s triumph. It is felt in the public parks named after children who lost their lives to contra rebels and at the Salvador Allende port, once part of Nicaragua’s notorious garbage dump. The surrounding area is now a neighborhood of more than two hundred homes for the people who had survived picking through the dump’s refuse and who now have formal employment at a nearby recycling center. Throughout the country one finds these tangible symbols of revolution in the community’s sense of ownership over public space.

The history is felt, as well, because the repression against Nicaragua and its people’s freedom has never ended. US Economic sanctions against the country have prevented international aid, loans and trade deals for years, despite the illegality of sanctions under international law. Sanctions have been particularly devastating during the pandemic, and have ruined brilliant solutions to poverty – such as the Petrocaribe Agreement between Latin American countries, an exchange of goods which moved the region away from dependence on the U.S. and World Bank. While many in the U.S. would insist that these sanctions are an acceptable alternative to ammunition, they should be widely regarded for what they are: a form of criminal warfare.

But Nicaragua refuses to be colonized. Feeding over 80% of its entire population, their self-reliant food system provides an example for a world facing climate change. This was made possible by massive land reform: over half of the country’s land was redistributed to peasants and small farmers when the Sandinistas took office in 1979. Now, small-scale farming produces 85% of the country’s food and owns 62% of the land. The government contributes the resources for rural landowners to live sustainably by granting loans, livestock and agricultural supplies through their bono productive (production packages)program, and educational projects throughout the countryside teach agroecological methods to make the most of these resources.

With respect to education, Nicaragua sets another leading example. Since returning to office in 2007, the Sandinista Front provides preschool, primary and secondary students with free meals, backpacks and uniforms to supplement their education. Once graduated, students have the option of attending free technical school or public university—6% of the national budget is devoted to providing universal higher education to the population. We visited one such public university, the Caribbean Coast Autonomous Region of Nicaragua University, which uses Indigenous philosophy focused on rescuing generational knowledge. Their intercultural form of education provides undergraduate, graduate and PhD programs to the multi ethnic communities which reside on Nicaragua’s Caribbean coast.

The autonomous Caribbean Region is a unique example of Indigenous sovereignty organized within the national context. Self-governing municipalities have access to state programs which supply resources to the region. One year after the sanctions went into effect, the Sandinista government built the first highway to ever connect the Caribbean to the Pacific coast, creating access to areas which had previously been in isolation and allowing easier movement of people farm and ocean products. In the past several years, the region has seen massive amounts of development from very little electricity to nearly complete coverage of electricity, to the construction of hospitals in every municipality. Last November, when hurricanes Eta and Iota ravaged the coast, 160,000 people were relocated in advance—0 died. The government has helped in rebuilding through efforts like Plan Techo, which provided over half a million new roofs to the coastal communities within a month of the hurricanes.

What is clear is that the U.S. would love to see Nicaragua suffer, that it is waging its war not just against the government, but against its workers, its mothers and its children. It is clear, at least, to the Nicaraguan people; they have fought this war for over a century.

Upon returning to the U.S., news has broken that a Democratic senator is introducing further sanctions on Nicaragua, cutting it off further from developmental aid. Paid social media posts and fabricated reports bury the country’s extraordinary reality, producing their own hostile version. In Washington, the think tanks are publishing their lauded studies, while back in Nicaragua someone is doing the real work, plunging a shovel into the fertile ground.

You can help Nicaragua today by resisting sanctions. Our actions must speak louder than the propaganda—get involved by joining nicanetwork@googlegroups.com, contacting your congress members, and/or donating to the Nicaragua Solidarity Fund and AfGJ.

Featured image:  The silhouette of Augusto Sandino presides over the site of his assassination. Photo: Madeline McClure