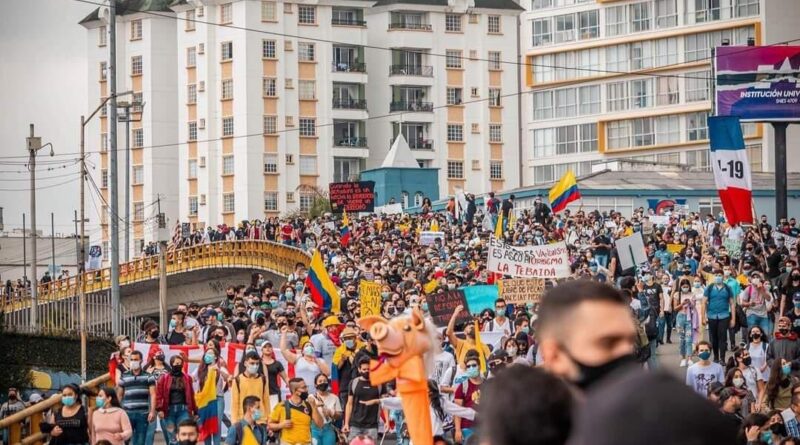 Colombians are still in the streets, in rejection of the tax reform that the government wants to implement. The protests have left at least eight persons dead and dozens seriously injured. In this sense, President Iván Duque is still trying to carry out the reform; but now, to cover up the mess, he has announced some changes.

In the afternoon of Friday, April 30, after dozens of wounded were reported, Duque announced that there will be some changes in the content of the tax reform proposal, and some parts will be replaced.

The Colombian president indicated that he has “the firm intention of reaching consensus with all the sectors and institutions.”

What changes to the tax reform does Duque propose?

The next week will be decisive to know what will happen with the tax reform in Congress, after the Colombian government has instructed the Ministry of Finance to formulate a new text, which would incorporate the proposals that the parties and organizations have made.

Despite Duque’s announcement on Friday, Colombian citizens have continued to protest, demanding that the reform be suspended. Protesters have declared that if it is not suspended there will be a national strike on May 19, and some are already talking of national strike for an indefinite period.

The third day of protests in Cali left two people dead this Friday. Although there are no clear figures for everything that has happened, the Isaías Cifuentes Human Rights Network indicated that there may have be at least 14 deaths.

Twitter bans Uribe’s tweet
Former president Álvaro Uribe Vélez always provides something outrageous to talk about. On the occasion of the nationwide protests, he posted a message in which he asked for support for “the right of soldiers and police to use their weapons to defend their integrity and to defend people and property,” which is a clear glorification of violence in a fashion that resembles Donald Trump’s behavior.

Among the messages in response to the extreme right former president’s tweet there were those who supported him; however, others criticized him for inciting the use of firearms against unarmed civilian population. The Mayor of Medellín, Daniel Quintero, requested for the suspension of the former president’s account on the social network.

The tweet was deleted hours after the it was posted, causing surprise among many who came to think that the former president had done it voluntarily. However, it was later known that it was Twitter itself that had deleted it.

Twitter stated in a message that said tweet of Álvaro Uribe Vélez did not comply with the established rules of the corporation and that is why it had been eliminated. One of the messages in response came from Daniel Quintero, the mayor of the city of Medellín, the hometown of Uribe. Quintero’s message stated that “the former president dangerously incites the use of weapons by the authorities.”