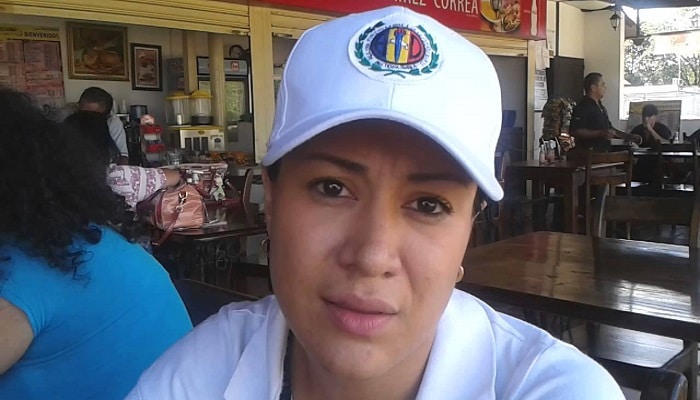 This Thursday, August 27, the governor of the state of Táchira, Laidy Gómez, reacted via social networks to the decision made by the former leadership of the Democratic Action party (AD) to expel her from the aforementioned political orgaization.

“The policy that the Venezuelan people are demanding today is one that shows achievements, that help people who experience the misfortunes and anguish generated by the regime,” she tweeted.

“From AD Táchira I will continue fighting, I will not go to another organization. Respect for those who have left,” the governor added.

Recall that this Thursday the former political secretary of the AD National Executive Committee, Williams Dávila, reported that Gómez had been “self-excluded” from the organization, for having decided to participate in the parliamentary elections on December 6.

“She is necessarily self-excluded. Here you can not be with both sides,” said the AD politician, during a ceremony held in the party.

According to Dávila, Gómez broke the guidelines issued by the AD leadership. “The moment of firmness has arrived. Either you are here or you are there. You can’t be on the wrong side. Those who are wrong in politics must abide by their own consequences,” he said.

Previously, on Wednesday, the regional authority had questioned the decision made by a group of opposition parties not to attend the appointment set by the National Electoral Council (CNE) for next December 6. “Accion Democratica” is among these organizations. The idea of the leadership that has joined this extreme right group depending upon US instructions, is to “boycott” the coming elections.

“It is very likely that those who today say that they should not vote because it is a crime, then next year, when they run for any office, they will go out to ask for votes and campaign,” Gomez said in response.

“There are others who say you have to vote, but are not willing to do the job,” she added.