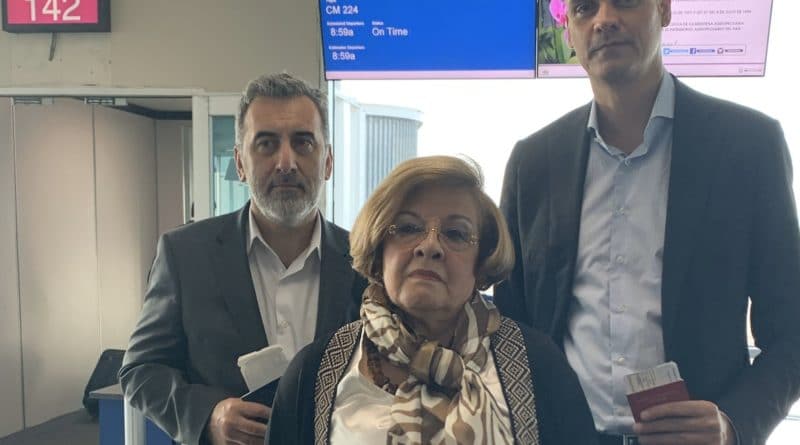 This February 4, three members of the Inter-American Court of Human Rights ( IACHR ), were prevented from initiating their Venezuelan show at the Panama airport, after Copa Airlines denied their boarding on a flight to Caracas, due to a lack of authorization.

The delegates, who kept their boarding passes in their hands, were sent by the Organization of American States ( OAS ) and had intended to enter the country on Tuesday through the Maiquetía International Airport, despite the fact that their visit was neither official nor authorized by Venezuelan government.

It should be remembered that in April 2019, Venezuela withdrew from that international organization, for recurring “interference, and arbitrary, illegal, deviant and rude actions against the sovereignty of the homeland,” as reported by the Venezuelan Executive authorities at that time.

RELATED CONTENT: Venezuela Does Not Accept IACHR Delegation (We are not in the OAS anymore)

Moving the show to Colombia

IACHR delegates announced that they were going to continue with their plan but from the infamous Colombian border city of Cucuta. Not to deal with the Colombian cases of social leaders assassination but to advance the OAS destabilizing agenda against Venezuela, as it was expressed recently by PSUV VP, Diosdado Cabello.

TRANSLATION: Diosdado Cabello: "The IACHR should go to Colombia first, there in January they murdered more than one leftist social leader per day." https://t.co/poJxhPzZzb

“The IACHR should go to Colombia first – there in January they murdered more than one leftist social leader per day,” said the Chavista leader during the PSUV weekly press conference last Monday.