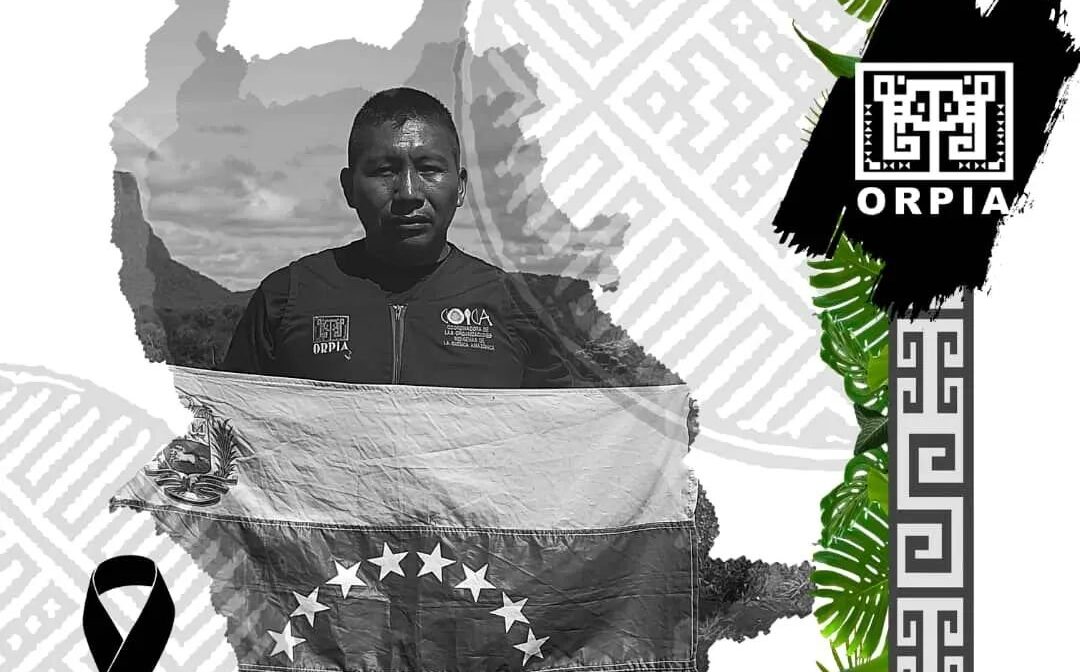 Virgilio Trujillo Arana, 38 years old, member of the Uwottujja indigenous people, which has a population of approximately 15,000, was the leading force in the creation of the Sipapo Territorial Guards in Autana municipality, Amazonas state. He started his activism as a land defender at a young age, following into the footsteps of his uncles. He was trained as a territorial indigenous guard with the suport of the Amazonas Indigenous Peoples’ Regional Organization (ORPIA).

Trujillo was the proponent of the creation of a territorial indigenous guard during a community assembly a few years ago, as a response to increasing incursions by illegal mining and the appearance of paramilitary armed groups in Uwottujja territory. His organization accompanied the Bolivarian National Armed Force (FANB) in the latest military operations to expel Colombian paramilitary armed groups (TANCOL) from the Autana municipality, according to a statement by ORPIA.

On Thursday, Trujillo was shot in the head three times by an unidentified gunman who fled to a waiting vehicle. The land defender had reportedly received multiple threats because of his work.

Mainstream media and right-wing influencers tried to use the incident to attack the Orinoco Mining Arc (Arco Minero), a project developed by President Nicolás Maduro’s administration precisely to control illegal mining in the region, the terrible environmental effects of illegal extractivist activites, and to improve the quality of life of local residents.

Mining has been prohibited since 1989 in Venezuela’s southern state of Amazonas, which is not part of the Arco Minero project, a gold mining zone of 111,000 sq km created by decree in 2016, located in the northern part of Bolívar state.

Illegal mining is a plague affecting all the countries in which parts of the Amazon rain forest lie. This illegal activity also brings with itself criminal acts such as corruption, human trafficking, drug trafficking, and criminal armed groups. In the case of Amazonas state, the situation becomes worse as it borders Colombia as well as the south of Barinas state, where narco-paramilitary groups have created chaos for years and the Venezuelan army has been fighting with renovated impetus in the last few months.

The governor of the Amazonas state, Miguel Rodríguez, from the United Socialist Party of Venezuela (PSUV), condemned the murder of the Uwottujja indigenous leader and asked the Attorney General to thoroughly investigate the assassination.

“We cannot remain silent in the face of such an unfortunate event,” said the governor. “We cannot allow the murder of a Uwottujja indigenous brother not to move our deepest feeling against death and violence. We strongly condemn this act.”

Rodríguez called on the Attorney General’s Office, and the police and military authorities to thoroughly investigate this situation. “Amazonas cannot be a territory of outlaws and assassins where these types of inhumane practices imported from the neighboring country [Colombia] continue,” he added.

ORPIA posted on its Facebook page images from the funeral of Virgilio Trujillo Arana, showing family members, relatives, friends and supporters carrying his mortal remains to his final resting place after authorities released his corpse from the morgue.

By instruction of President Nicolás Maduro, the Bolivarian National Armed Force (FANB) remains deployed in the border states, including Amazonas, to dismantle clandestine tracks, drug trafficking routes and laboratories built and used by the TANCOL.