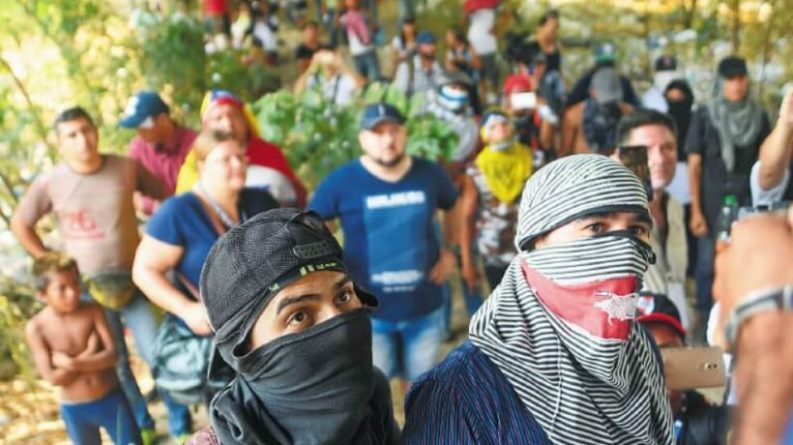 An article published yesterday in the Colombian newspaper El Espectador reflected the uncertainty and unrest of the inhabitants of Cúcuta after the violent acts promoted by the opposition and the US on the Colombian side of the border bridges of Simón Bolívar and Santander during the last days.

The presence of armed hooded men and the calls for military intervention have generated concern and rejection among citizens, who see their daily lives disturbed. Interviewed by the media, Estela Sánchez, owner of a restaurant in the Latin Quarter, said: “Of course we want things to improve, but not like this”, referring to the violence generated on the border that has affected her business. “Since Saturday our nerves are on edge  because asking for a war from outside is very easy, but we are the ones who are going to bear the brunt of it,” the merchant added.

The media publication in question also expressed the polarization in Cúcuta as a result of the calls for intervention by a good part of the opposition leadership: while some Venezuelan migrants see this action as a final solution, the residents of Cúcuta worry that the costs and consequences of said proposal will fall on them.