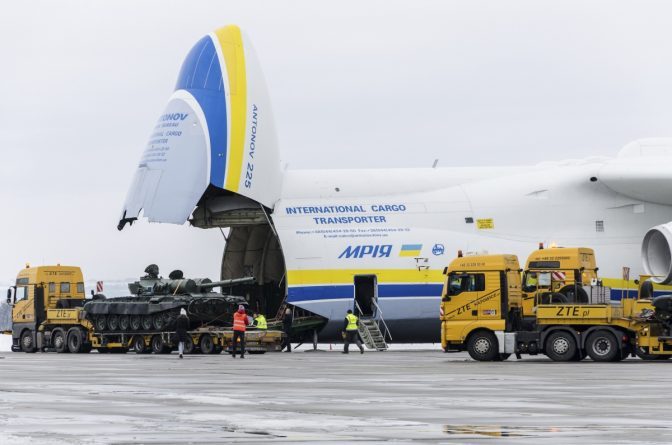 The companies that, according to the spokeswoman of the Russian Foreign Minister, Maria Zakharova, are involved in the transfer of arms and ammunition to the Venezuelan opposition are the state aircraft manufacturer Antonov of #Ucrania and Air Bridge Cargo #ABC, said intelligence sources.

Although Zakharova did not give the names of the companies, she was explicit enough when referring to #Ukraine while explaining that the dispatches are scheduled for early March to a neighboring country that would be #Colombia. The weapons and ammunition would come from #Poland.

US and its allies will transport arms from Eastern Europe to Venezuela’s opposition using Ukraine’s Antonov planes, Russia claims https://t.co/kxKMLNS9yB

The spokeswoman said that “there are reports that US companies and their allies in NATO are considering purchasing a large batch of arms and ammunition in one of the countries of Eastern Europe and then deliver them to the opposition forces of Venezuela,” she said according to Sputnik.

“The delivery of the cargo to Venezuela is scheduled for early March of this year in several lots across the territory of a neighboring country, using transport aircraft of an international cargo transport company,” she said.

Air Bridge Cargo is a subsidiary of Volga-Dnepr, an oversized air cargo transport group that mobilizes equipment such as locomotives, helicopters and even other aircraft. It belongs to Russian capital and its headquarters is in Moscow although it has operations and sales offices in the USA, UK and the EU.

Volga-Dnepr has been a service provider of the UN and the transport command of the Pentagon #USTRANSCOM, with which it executed some 13 thousand missions with military equipment between 2000 and 2014. And here comes the good part:

At the end of 2014, the Pentagon put Volga on a blacklist and banned it from being hired. The company asked for an explanation and it was denied one. When it resorted to the legal system, it only received redacted documents and the only reason that was found was their delivery of 2 Sukhoi fighter aircraft to Vietnam.

In August 2015 Volga paid US General Michael Flynn more than US$ 11 thousand  for a conference just when it required the information and the former soldier was a member of the Trump campaign team and previously, until 2014, he had been director of the DIA, the agency of military intelligence.

In January 2017, Trump appointed Flynn as National Security Adviser, although he was only 24 days in office, after it was verified that he had received payments from Russian entities as part of the alleged interference by Russia in the campaign to avoid the triumph of Hillary Clinton.  #Russiagate.

In the middle of this plot is the conflict between Russia and Ukraine, and it has made the maintenance of the Antonov airplanes (a Soviet era inheritance) difficult; and on the other hand, the role of Air Bridge Cargo,  that uses Boeing’s 747-8, has helped in the survival of the giant of US aviation.