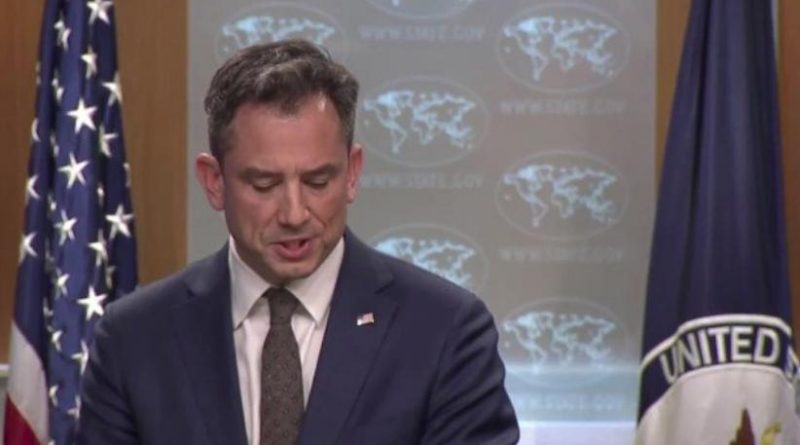 Since the circus in a square in the middle of the wealthy east of Caracas on January 23rd, Juan Guaido has already passed through several stages, the most recent the one in which he is the “ignored by everyone” President of the Venezuelan National Assembly.

On February the 6th, Gustavo Tarre, the Self-proclaimed’s “Ambassador to the Organization of American States (OAS) sent a letter to the Venezuelan news portal Venezuelanalysis.com explaining why the Coup he is part of, is not really a Coup and requesting they not call Guaido “Self-Proclaimed” interim president. It is evident that this initiative was not very successful.

Self-appointed “Interim President” @jguaido‘s OAS “ambassador” sent VA a letter chiding us for not recognizing the legitimacy of his boss’ DIY job title. We disagree & wrote an article explaining why this “transition” is more “coup” than “constitutional”: https://t.co/83YbDh5rdA pic.twitter.com/XX9msuwf0C

Most of the media worldwide is referring to Guaido as “Opposition leader”, term that is very questionable because he actually was not a relevant national leader in Venezuela before January 23rd. Others call him “President of the National Assembly” and “Interim President”, and another group call him “Deputy Guaido” which is closest to reality but most call him the “Self-proclaimed Interim President”.

Today it is more evident than ever that the US operation in relation to Guaido is failing and, in a desperate move, Marco Rubio for the last couple of days has been tweeting in his gangster style to push the US media to call Guaido “Interim President”.

In order to undermine the constitutional basis for @jguaido interim Presidency, #Putin’s #Russia repeatedly describes him as the “self proclaimed” President of #Venezuela.

And so does @CNN #RussianCollusion?

In a press conference today the spokesman of the Department of State, Robert Palladino, in an evident desperate move “requested” the media call Guaido the way the department wants and not the way the truth indicates.

The most interesting part of the video is not the actions that confront the most elementary rules of freedom of press but the body lenguage of Palladino that indicates he is not comfortable doing what he was asked to do and also,  the work of the journalist that questioned Palladino’s remarks is comforting, as edited by RT in the video above.