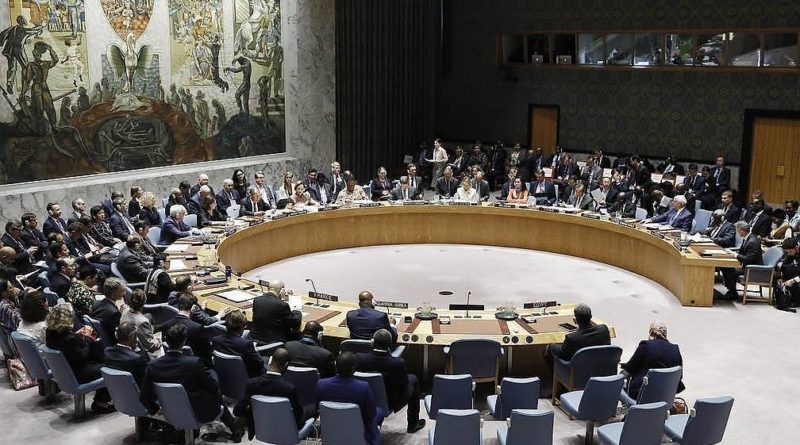 On May 3, the Venezuelan authorities announced that they had successfully foiled an attempt to infiltrate the country by a mercenary group departing from Colombia.

UNITED NATIONS, May 14. /TASS/. Venezuela has requested the UN Security Council hold an emergency meeting to discuss the purported incursion of mercenaries, which Caracas says was organized by the United States and Colombia to topple the incumbent government.

In his 14-page request, Venezuela’s envoy to the UN Samuel Moncada notifies the Security Council that “between 03 and 04 May 2020, armed groups of mercenaries and terrorists, organized, trained, financed and protected by the governments of the Republic of Colombia and the United States of America, illegally entered the Venezuelan territory.”

Venezuelan Ministry of Foreign Affairs posted on its website the letter and its appendixes containing :

“In that order, I would like to respectfully request hereby, through you, in your capacity as President of the Security Council of the United Nations, that said body urgently holds the discussions that may be necessary in order to: i) recognize that the aggression perpetrated by the Governments of Bogota and Washington against Venezuela, between 03 and 04 May 2020, was an armed attack that attempted against the peace and security of both my nation and the region; and ii) issue a clear statement condemning and prohibiting the use or threat of use of force in all its forms and manifestations against Venezuela,” the statement says.

On May 3, the Venezuelan authorities announced that they had successfully foiled an attempt to infiltrate the country by a mercenary group travelling from Colombia looking to stage a coup in Venezuela and murder President Nicolas Maduro. Among those detained were two US former green berets.

Maduro showed on national television that the passports belonged to Airan Berry and Luke Denman. The first of them said during the interrogation that he had been tasked with taking control of the airport and bringing the Venezuelan President there in order to then send him to the US.

US President Donald Trump said Washington had no relation to the group of persons arrested in Venezuela and that the US would not hide the fact of carrying out an operation against the country if it planned it.