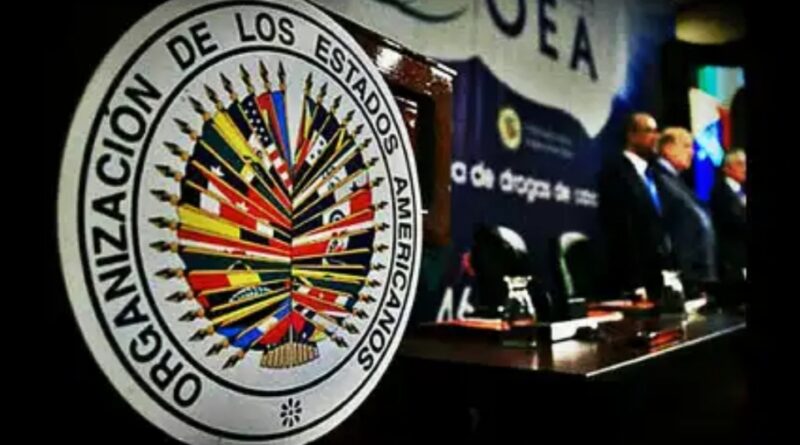 The United States and the Bolivian oligarchy are very much afraid of the return of the Movement to Socialism (MAS) to government in the October 18 elections, ten days from now. After the enormous effort they made to overthrow it last year, they can be expected to make desperate attempts to prevent its electoral victory. There are plenty of signs of that. Recently, the self-proclaimed Jeanine Áñez categorically stated that “authoritarian populism,” as popularly-rooted leaders like Evo Morales are called, would not return to Bolivia. It is true that her dictatorship is crumbling and is the object of the greatest popular repudiation, but this statement suggests coup plans by the oligarchy.

The fraud against the MAS is one of the big threats to the Bolivian election of October 18, with the aim of preventing its almost certain victory in the first round. Another threat is that in the days that remain, legal action will be taken against the standard-bearer for the presidency of MAS, Luis Arce, the successful Minister of Economy in the government of Evo Morales. Arce is running with the indigenous leader David Choquehuanca, ex-chancellor of that administration, as his vice-presidential candidate. Both appear to be winning the election in the first round in various polls with more than 40 points. If this happens, it would prevent the only possibility that the right-wing apparently has of winning the election: the union of all the forces of that group in an eventual second round against the MAS. In Bolivia, the candidate who achieves a vote of 40 percentage points, or exceeds by 10 points the one that follows, wins in the first round.

The siege and harassment that fascist youth organizations have been maintaining for weeks against the headquarters of the Attorney General’s Office (FG) in Sucre, the country’s administrative capital, is aimed, according to its participants, at “removing” the head of that body, Juan Lanchipa, from office. For the vandals, Lanchipa would be the obstacle for criminal proceedings against MAS leaders, in another chapter of the judicialization of politics, used by the regional right-wing to prevent the victory of leftist candidates, to limit their activity or to depose them. The self-styled Cochala Youth Resistance and Chuquisaca Resistance, organizations that emerged with the right-wing protests against Evo Morales, before and after the October elections last year, are the ones conducting the intimidation campaign

against the FG, which intensified on October 6 with insulting graffiti on the building of the entity, attacks on urban property and the hurling of firecrackers, carried out under the “permissiveness ” of the police, as the Ombudsman’s Office charged. These organizations are led by the Civic Committees, extreme right-wing separatist groups and the main protagonists of the failed coup attempt against Evo in 2008.

Last week, the government minister, Arturo Murillo, a strongman of the dictatorship, paid an unexpected visit to Washington. There he met with Luis Almagro, Secretary-General of the OAS, who later expressed his concern about the threat of fraud (votes in favor of MAS) that Murillo spoke to him about. Why are these two little sweethearts now starting to talk about fraud when they are the ones who control the Superior Electoral Court and the OAS Electoral Observation Mission? No wonder Arce, the Masista candidate, commented: “Hopefully they are not receiving instructions not to carry out the elections or finally, as happened in Honduras, to commit electoral fraud”.

It was Almagro and the OAS who, with their false report on electoral fraud, opened the door to the military coup that forced Evo to leave the country. That report has been strongly refuted by Mark Weisbrost, co-director of the Center for Economic and Policy Research in Washington, supported by 132 economists and statisticians who called on the OAS to “retract its misleading statements about the elections” of October last year. As a result of this report, several US legislators and Luz Elena Baños, Mexico’s representative to the OAS, have asked the agency to explain their fake report, to which they have not responded and which they have no legitimate basis to answer. A recent poll by the Latin American Strategic Center for Geopolitics places Arce in the lead with 44 percent of the vote and gives neoliberal and repressive Carlos Mesa 34. In third place is far-right-wing Eastern leader Fernando Camacho with 12 percent. Polls reveal many undecided voters.

A probable path that the Bolivian dictatorship could try, with the support of the OAS, the United States and the world media, is by means of “adjustments” to the electoral result, to prevent the victory of Luis Arce in the first round. If so, they should give it some thought. The Bolivian masses, who in past decades overthrew several neoliberal governments, are not going to meekly fold their hands if they try to steal the election from them.