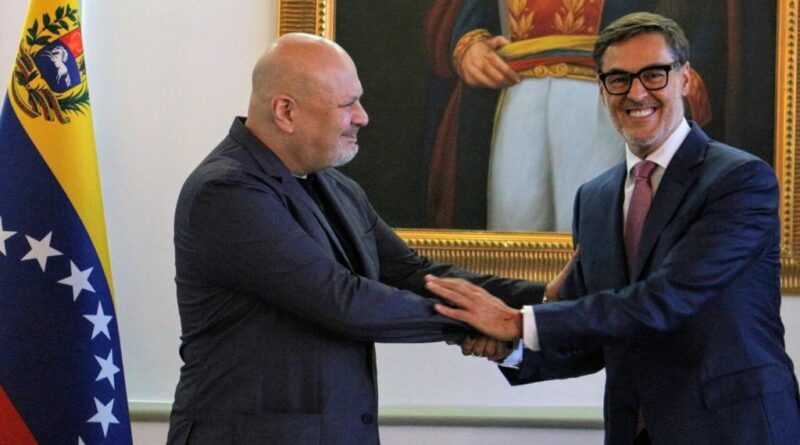 On Sunday, October 31, the Chief Prosecutor of the International Criminal Court (ICC), Karim Khan, arrived in Venezuela. Khan will complete a three-day agenda during his visit to Venezuela, where he will meet Venezuelan authorities and other personalities.

This was announced by the Venezuelan state television channel VTV on its Twitter account, with images of Khan being received by Venezuelan Foreign Affairs Minister, Félix Plasencia, who greeted him upon his arrival at the International Simón Bolívar Airport in Maiquetia.

“On this occasion,” VTV further informed, “Prosecutor Khan is expected to know first-hand the progress of Venezuelan State institutions on human rights issues and to establish a dialogue of positive cooperation, as Venezuela has been doing since its ratification of the Statute of Rome,” thus clarifying media trends that speculated on the nature of Khan’s arrival in the country.

Venezuela has two cases ongoing in the ICC: Venezuela I related to allegations filed by Lima Group presidents accusing Venezuela of systematic violations of human rights, and Venezuela II filed by Venezuelan authorities accusing the United States government of crimes against humanity due to the collective punishment inflicted upon millions of Venezuelans through the illegal sanctions imposed by the United States.

The United States, on the other hand, has imposed sanctions on ICC officials due to legal processes opened against the US military for war crimes in Afghanistan, and other issues. Israel has also attacked the ICC for its proposed investigation into war crimes committed by Israel against the Palestinian population in occupied Palestine.