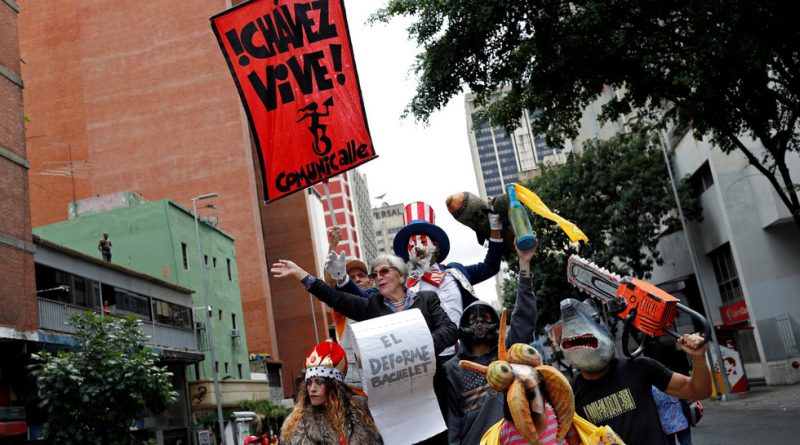 By gathering in Lima, Peru to decide the future of Venezuela, without any Venezuelan representatives, the US and allies are tearing apart the remains of international rules they claim to defend, George Galloway says.

The Lima Group, a gathering of like-minded nations that echo the US’ stance on the crisis in Venezuela – blaming President Nicolas Maduro and supporting self-proclaimed ‘interim president’ Juan Guaido – has called a grand meeting to discuss Venezuela’s future. It has invited Maduro-supporting Russia, Cuba (both refused), China, and Turkey – but no Venezuelans.

“We’re living in a world of international lawlessness,” Galloway says. By openly aiming to decide a country’s future without letting it have a say, “the very people that keep talking about the rules-based order are in fact fomenting disorder everywhere in the world and the shredding of any rules that once existed.”

With American representatives present in Lima, it’s not hard to guess which direction the discussions will take. All that Washington has wanted in Caracas since it endorsed Guaido is to oust Maduro, by means of a military coup if that’s what it takes.

“The United States is of course the driving force behind this conference in Lima,” Galloway says.

“I mean this most sincerely to the American people: shouldn’t you be staying at home and deciding on the future of your own country instead of roaming around the world, interfering in the internal affairs of others?”

Venezuela already has a government and is a member of the UN, Galloway added. By freezing the Maduro government’s assets, taking away its embassies and imposing all kinds of sanctions on it, “other members of the United Nations are literally stealing Venezuela’s gold and money and giving it to a man on the street.”

“I say to many of the countries gathering in Lima: one day it will be your turn, there’ll be people gathering like vultures somewhere to decide on your future. Just think about that.”