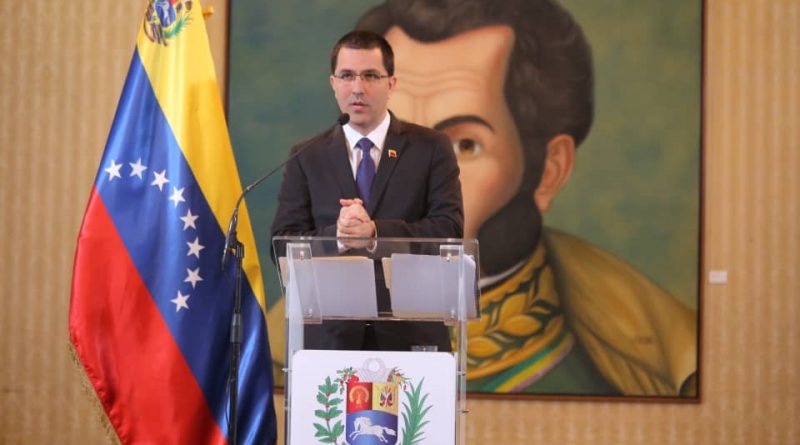 Foreign Minister Jorge Arreaza said on Tuesday, August 6 that the Venezuelan government will not remain idly, before the new attack of the United States regime against Venezuela.

At a press conference Arreaza explained the scope of the new executive order signed by President Donald Trump and said that “in the face of these attacks we are ready, we have created alternative paths. We will not bend! ”

In this sense, he indicated that “we are prepared, because this executive order formalizes the previous sanctions, politically fulfilling all the State processes, we have been building a (contingency) infrastructure despite the adversities.”

MFA Arreaza also mention during the press conference that the recent meeting held in Lima, Peru of the so called Lima Group was a complete failure with only 44 government representatives in attendance out of more than 100 countries invited. “They could not even handle to have there the fifty three governments that MSM always mention as supportive of Juan Guaido”, he said.

Providing more details Arreaza explained that only 9 ministers were in attendance among 4 Deputy Ministers, 6 MFA Directors and 18 Ambassadors (based in Lima).