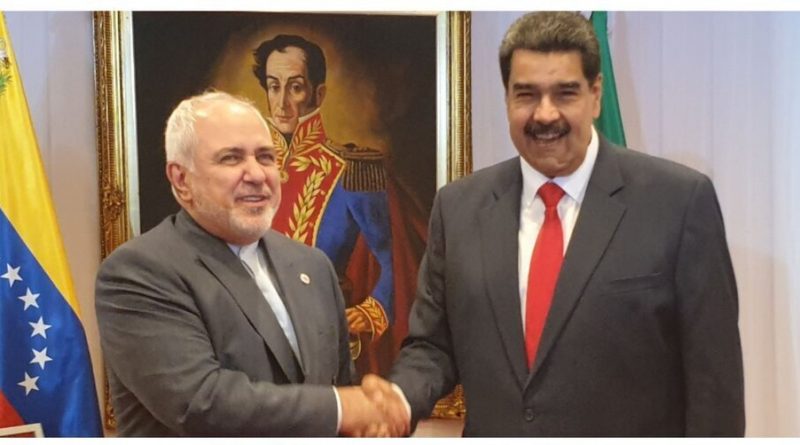 TEHRAN – Iranian Foreign Minister Mohammad Javad Zarif said on Friday that the U.S. “extreme unilateral adventurism” is the most important challenge which is undermining the rule of law at the international level.

“A new wave of American extreme unilateral adventurism is the most important challenge that almost all of us are now facing in one way or another,” Zarif said in a statement read at the NAM foreign ministerial meeting in Caracas, Venezuela on Friday. “It is undermining the rule of law at the international level and threatens peace and stability in the whole world in different ways.”

Following is full text of his statement published by the website of Iran’s Foreign Ministry:

Allow me to begin by thanking the people and Government of the Bolivarian Republic of Venezuela for the excellent organization of this meeting and for your warm hospitality.

Our regular meetings and consultations as Members of the NAM signal our determination to preserve and strengthen our Movement and enhance our cooperation towards protecting the interests of our nations. In tackling the current daunting challenges and those looming ahead, we need to tap the full capacity of our Movement.

A new wave of American extreme unilateral adventurism is the most important challenge that almost all of us are now facing in one way or another. It is undermining the rule of law at the international level and threatens peace and stability in the whole world in different ways. International cooperation in many fields, including free trade, environment, the rule of law, international organizations and more are being hit in unprecedented ways. While some nations are threatened by unilateral economic sanctions and military aggressions, others are bearing the brunt of a crude American protectionist impulse. Even many U.S. allies are subject to an unprecedented wave of intervention in their domestic affairs.

Remembering the catastrophic results of the previous wave of American unilateralism in the early 2000s, including invasions, brutalities and violent extremism, we have a duty to stand up to and repulse the new wave.

“My country is at the forefront of resisting the U.S. new unilateral tendencies, which includes outright economic terrorism,” Zarif notes.

My country is at the forefront of resisting the U.S. new unilateral tendencies, which includes outright economic terrorism. Our sincere efforts to address the concern about our nuclear peaceful program, though baseless, is one among many victims of new unilateralism. The U.S. administration is defeating the Iran nuclear deal, despite the investment the whole world made to bring it about. And in the process it has not only breached the relevant Security Council resolution, but also ironically sanctioned those who try to abide by it.

The gross U.S. intervention in domestic affairs of our host, Venezuela, including through instigating the failed coup attempt in last April, is another example of the U.S. malign behavior. The novelty is that the new U.S. administration is shedding the mask and showing open and unveiled disrespect for international law and the rights of sovereign nations. The people of Venezuela, as in every other country, are the supreme authority to elect their president as they did in May 2018. They are now entitled to rise in defense of their elected president.

Likewise, the U.S. unilateral and rogue impulse is destroying any bases already set in place to resolve the Palestinian question, with the occupation at its center. The illegal U.S. moves, which aims to deny the basic rights of the Palestinian people, are exacerbating the situation in the whole Middle East. Those very few Arab regimes who have aligned themselves with these and other U.S. schemes are not only betraying the Palestinian people, but are also jeopardizing peace and security in the whole region.

Opposing unilateralism and trying to promote the rule of law at the international level have always been high on the NAM agenda since its inception. As the law-based international order is now threatened more than ever in the past, it is imperative for NAM Member States to close their ranks and focus on how to repel this threat. All of us will lose if we don’t.