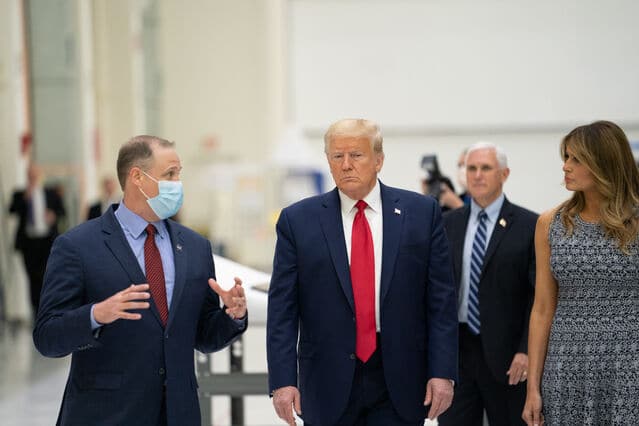 Anti-intellectualism has little to do with intelligence.

Be honest. As an observer of American society, the thought may have crossed your mind at one time or another – at least for a fleeting moment or two – that the nation’s dysfunctional state of affairs is the result of widespread stupidity. The people, too often misinformed and poorly educated, are getting exactly the democracy they deserve.

Perhaps that thought arose last week as you watched the cringe-worthy presidential debate, which pundits have called “a disgrace” and “an embarrassment for the ages.” Our public discourse has been in decline for so long that it was bound to come to this, right? Effective self-government requires an intelligent and engaged public, and it seems the American electorate falls woefully short. With large segments of the population brazenly rejecting facts and science – whether the issue is climate change, evolution, the coronavirus, or the latest conspiracy theory – it’s no surprise that social and political dysfunction are rampant.

Seen this way, it’s tempting to chalk up the clown car of American democracy to the collective intellectual deficit of its population. In truth, however, there is little evidence to support the notion that the American people are stupid. Objective measurements of intelligence can be controversial, raising questions of true objectivity and cultural bias, but it is difficult to find any that suggest Americans are lacking in IQ compared to those in other countries.

RELATED CONTENT: 2020 Will end With the US Moving Much Closer to Dictatorship

If this is so, it becomes all the more baffling that Americans have higher rates of belief in young-Earth creationism than most other industrialized countries. Four in ten Americans believe that humans were created in their present form about 10,000 years ago. Evolution by natural selection is a cornerstone of modern biology, but it is “controversial” in American schools. Similarly, large segments of the population still refuse to accept that human activity contributes significantly to climate change, even though there is no serious debate on the issue in the scientific community.

Nevertheless, if we examine the rejection of science closely, we find that it is not rooted in stupidity. The dad who brings his family to the Creation Museum to see cavemen mingling with dinosaurs might surprise you with his intellectual abilities, whether by reciting obscure sports statistics from memory, analyzing complex problems or ideas on the job, or building an impressive addition onto his home in his spare time. And that mother who fights administrators to establish a religious club in her child’s public school, propagating fundamentalist beliefs that reject science into the next generation, may have been at the top of her class back in high school.

To understand American anti-intellectualism, it’s important to realize that smart people can embrace dumb ideas. On an individual or social level, this happens when the right mix of factors come together. The first factor is our own makeup – all humans are to some degree biologically prone to intellectual laziness, emotional decision-making, confirmation bias, and other natural impulses that often obstruct critical thinking.

But beyond the biological elements, there are also numerous environmental factors that can reinforce or weaken anti-intellectual tendencies. The extent to which one’s family embraces education and critical thinking, for example, will be a major factor for many. Also, and importantly, the existence of influential cultural institutions that promote anti-intellectualism may result in a population that, regardless of its raw intellectual abilities, will seem in many ways ignorant.

To this last point, as Richard Hofstadter pointed out long ago in his Pulitzer-prize winning book, Anti-Intellectualism in American Life, the correlation between fundamentalist religion and anti-intellectualism cannot be ignored. If strong religious beliefs reject well-established scientific facts that conflict with theological doctrine, intelligent scientific inquiry will not be valued. As Hofstadter argued half a century ago, this alone helps to explain much about American anti-intellectualism. Today, while religion is generally in decline in America, the country is still the most religious in the developed world, and its fundamentalist Christian institutions are particularly powerful.

Other cultural factors can also contribute to making a society of intelligent people appear surprisingly unintelligent. The quality and reliability of journalism and other news media, for example, will be a factor in how the population thinks. And the economic security (or lack thereof) of the population is also a factor to consider. Intellectual priorities are more likely to take a back seat if one is living in constant stress, in fear of poverty, without health care, or working multiple jobs just to make ends meet. And of course evolving technology is a factor as well – consider how social media and smartphones have influenced the public dialogue in just a generation.

All of these factors and many others shape our values, as individuals and a society, with respect to critical thinking. If we begin to assess the United States in the context of some of them, leaving aside the conservative religion factor already discussed, we find a nation today that, unlike previous generations, increasingly informs itself via cable news, talk radio, and social media of dubious quality. Perhaps more importantly, we find a nation where economic insecurity and inequality are growing in prevalence, resulting in more fear and anxiety.

These phenomena and others can work together to create an atmosphere that devalues critical thinking and rational discourse. When this happens, the result is anti-intellectualism as a defining character trait, and this occurs regardless of the underlying intelligence of the person or society involved.

As such, if the next political debate you watch lacks thoughtful discourse but instead resembles a Jerry Springer episode, don’t blame it on the public’s intelligence. Stupidity is not what has degenerated the American social and political landscape. The failure of our institutions to generate an honest appreciation of intelligence as a cultural value has left us looking stupid.

David Niose, former president of the American Humanist Association, is an attorney and author.