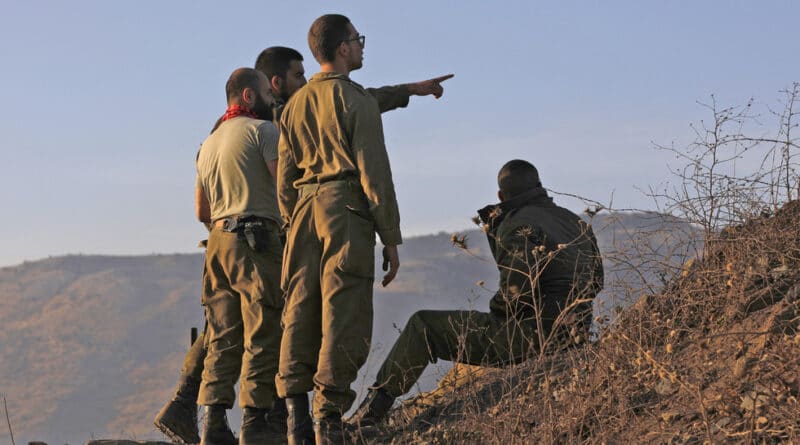 Israel is on an attacking spree in Syria. Surface to surface missiles were launched from inside the Palestinian occupied territories twice in the space of four days. Israel is violating international law with criminal regularity.

On Saturday, October 30, Israel changed strategy and attacked Syria in broad daylight. The attacks usually come in the early hours of the morning under cover of darkness, but this time Israel launched at 11:15am. The target was the Syrian air defense base to the West of Damascus. The base is shared with a racehorse training facility and racetrack. If Israel had attacked an hour earlier, there would have been horses on the track with their jockeys, trainers watching from the side lines, and people in the seats having a traditional breakfast picnic. There would have been chaos and, possibly, carnage.

That morning there was a meeting of over one hundred civilians in the seating area next to the track. I was also in the area walking my dogs, never thinking that Israel would break its MO and attack at this time. It was a beautiful sunny autumn day. I heard what I thought were jets in the skies above but later I realised it was the sound of incoming winged missiles finding their target. Suddenly, about one hundred meters from me, the first missile hit. The sound was ear shattering. Plumes of smoke rose above the impact. Molten shrapnel was propelled into the air behind the gathering of civilians. They couldn’t see the explosion, but the sound must have been deafening.

RELATED CONTENT: Bellingcat Funded by US and UK Intelligence Contractors that Aided Extremists in Syria

The missiles kept coming, maybe four or five hit the base, oblivious to the civilian presence or threat to their lives. Two Syrian Arab Army soldiers were injured in the attack. Syrians in Damascus are used to dealing with Israeli aggression and depend on the Syrian Air Defense Force to protect them, but this attack surprised everyone. My neighbor told me his son came running to him during the rainstorm that hit Damascus the day after. “Baba, is it Israel again?” the traumatised child asked his father.

Three days later Israel bombed Syria again. This time it returned to its normal tactics of an early morning strike. At 12:15am on November 3 an alleged military base, again on the outskirts of western Damascus, was targeted, causing material damage. Israel launched surface to surface missiles from the Palestinian occupied lands.

Where is the outcry in Western media, you might ask? When Russia bombs the headquarters or military centers of Al Qaeda affiliates in Idlib as part of the campaign to rid Syria of the infestation of armed extremist groups still embedded in the north-west—the corporate media in the west will scream “war crimes!” and the UN will rally around the US-led alliance, financing, arming and promoting the armed groups to condemn Syria and her allies.

No sane person thinks western regimes & media believe in the rule of law or human rights.

Western journalists & politicians either believe in apartheid or are afraid of losing their jobs. https://t.co/XoYU4NJ0g4

When Israel bombs Syria indiscriminately without any concern for civilian casualties the same media complex will copy-paste Israeli justification for these attacks and claim Hezbollah or Iranian military were being eliminated to protect Israeli security in the region. These so-called “pre-emptive defensive” strikes are never exposed by the BBC or CNN for the monstrous, lawless aggression they really are.

The “Hezbollah, Iran” claims were made to provide the rationale behind the daytime bombing in western Damascus. I can safely confirm that there were no military personnel from any faction in the vicinity of where the missile landed. A source told me that a recent addition to the Syrian air defense equipment was the target and was badly damaged in the attack. If true, this raid had nothing to do with Israeli self-defense. It was an attempt by Israel to incapacitate the Syrian air defenses in order to allow Israel to attack Syria with impunity.

Media outlets funded by the EU and sympathetic to the terrorist groups supported by the West claimed that five “pro-Iranian” fighters were killed in the attack. Iranian experts have denied this and Lebanese journalist Marwa Osman told me that Hezbollah or Iranian martyrs are always publicly honored and mourned. The silence from Hezbollah and denials from Iran suggest that the Israel-linked claims are unsubstantiated.

After the full and final liberation in August of Daraa, the city and countryside south of Damascus, Syria enjoyed a month of silence from Israel. The successful re-integration of Daraa into Syria after peace negotiations between Damascus and the armed groups was a blow to Israel and the resource-plundering US Coalition. The essential pipeline that traversed Daraa countryside was back under Syrian control, which led to the US Ambassador in Beirut partially lifting economic sanctions on Syria to enable the transfer of oil and gas to energy-starved Lebanon from Egypt via Jordan and Syria.

Part of the original peace deal between Russia and the armed groups back in 2018 had included Russian reassurances to Israel that Hezbollah and Iranian troops would be withdrawn from proximity to the border with Israel. Now Russian influence in Daraa has ended, Israel knows that Damascus will not abide by this agreement.

The silence did not last. On October 8 Israeli fighter jets fired 12 guided missiles from Lebanese airspace. They targeted the Syrian T-4 airbase in Homs, north of the illegal US occupation base in Al Tanf, on the border with Jordan. Six Syrian soldiers were reported to be injured and material damage was caused.

On October 13, four Israeli F-16s entered Syrian airspace near the US Al Tanf base. Russia has claimed that these Israeli warplanes used civilian aircraft as cover to carry out a strike on a phosphate processing plant and communications tower near Palmyra. Syrian Air Defense was not activated because of the risk to civilian planes. Syrian forces suffered casualties in the attack. The fact that Israel launched from the Al Tanf zone also implicates Washington in the aggression as they have control over the region, having imposed a 55-kilometer protection zone around the illegal base. It is worth noting that this zone is used by the US-backed armed groups to carry out military exercises with US-supplied artillery and heavy weapons.

This is not the first time Israel has exploited civilian air traffic to prevent air defenses bringing down their missiles. In September 2018 a similar incident resulted in the deaths of 15 Russian personnel aboard a Russian Air Force Ilyushin II-20 when Israel used the aircraft as cover for an attack on the coastal city of Latakia.

On February 6 2020, Israel carried out an attack on the outskirts of Damascus with eight air-to-ground missiles without entering Syrian airspace. This time a Syrian-operated Airbus-320 passenger plane was about to land in Damascus travelling from Tehran with 172 passengers on board. The passengers narrowly escaped death thanks to the prompt action of Damascus air traffic control teams who diverted the plane to the Russian airfield at the Khmeimim airbase in Tartous.

In December 2020 Israel launched air to ground missiles from Lebanese airspace and failed to warn passenger airlines that the attack would take place. An Ethiopian Airlines plane flying to Beirut was put at grave risk. It was only the expertise of the Syrian Air Defense Force that prevented the plane being shot down in Syrian airspace. A horrific scenario that would have prompted an international outcry and played into Israel’s hands.

Israel is using civilian aircraft as human shields during these unlawful attacks on Syrian territory and it is putting the lives of civilians at risk every time these missiles are launched. This is not justified military engagement. Israel is not at war with Syria although every one of these attacks could be considered a declaration of war. These are the actions of a tyrannical military state determined to destroy Syria’s ability to defend itself should Israel decide to expand its aggression under any fabricated pretext.

The next few days and weeks in Syria will determine if Israel is preparing the ground for an escalation in the war against the Resistance axis but Israel should be aware it is facing a formidable enemy.

Featured image: Israeli soldiers take position near the border with Syria in the village of Majdal Shams in the Israel-occupied Syrian Golan Heights. Photo: Vanessa Beeley 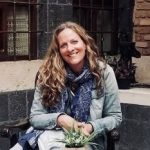 Vanessa Beeley is an independent journalist, peace activist, photographer and associate editor at 21st Century Wire. Vanessa was a finalist for one of the most prestigious journalism awards – the 2017 Martha Gellhorn Prize for Journalism – whose winners have included the likes of Robert Parry in 2017, Patrick Cockburn, Robert Fisk, Nick Davies and the Bureau for Investigative Journalism team. You can support Vanessa’s journalism through her Patreon Page.

Vanessa Beeley is an independent journalist, peace activist, photographer and associate editor at 21st Century Wire. Vanessa was a finalist for one of the most prestigious journalism awards – the 2017 Martha Gellhorn Prize for Journalism – whose winners have included the likes of Robert Parry in 2017, Patrick Cockburn, Robert Fisk, Nick Davies and the Bureau for Investigative Journalism team. You can support Vanessa’s journalism through her Patreon Page.