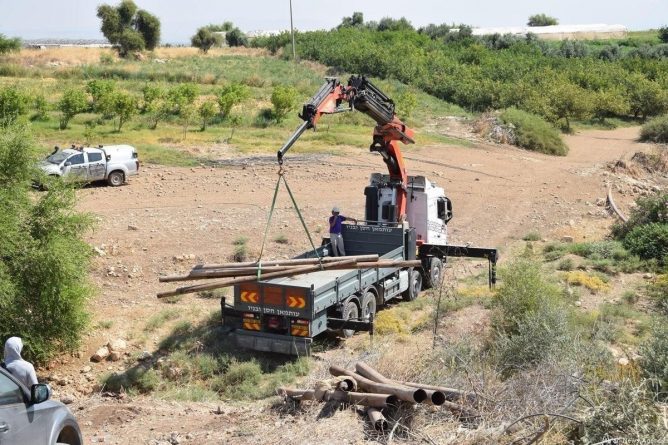 Israeli forces and the Israeli Civil Administration cut the water supply to 2,600 of Palestinians living in communities in Bardala village in the Jordan Valley, northern occupied West Bank, yesterday.

Mutaz Bisharat, an official who monitors settlement activity in Tubas/Jordan Valley, told Ma’an that Israeli forces cut off water supply for 60 per cent of residents of the Bardala village; amounting to 2,600 people.

Israeli forces also cut off water supplies for 1,800-2,000 dunams (445-494 acres) of Palestinian agricultural lands that must be continuously irrigated.

Bisharat added that Israel claims that water sources in the area are illegal, adding that this cannot be true because the water comes from wells in the village and inside Palestinian lands.

He pointed out that as Israeli forces cut off water supplies for Palestinians, they construct wells for Israeli settlers.

The Jordan Valley forms a third of the occupied West Bank, with 88 per cent of its land classified as “Area C” which falls under full Israeli military control.