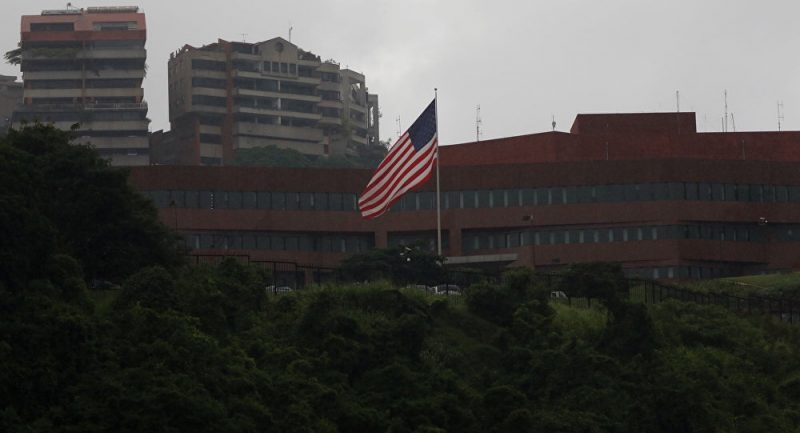 The Government of Venezuela announced that it will not extend the stay of US diplomatic personnel in its territory, and announced the end of talks for the establishment of an offices of interest.

“Venezuela has resolved not to grant a new extension for the permanence of the US diplomatic agents still present in the country, for which reason on March 11, 2019, the United States Government has been required remove from the national territory its remaining personnel. (…) within the next 72 hours, “the Venezuelan Foreign Ministry said in a statement.

The deadline began to run at midnight this March 12, noted in the text.

Caracas thus concluded the talks with Washington to evaluate a possible mutual agreement on the establishment of respective offices of interests.

The statement indicates that the presence of US diplomats in Venezuela puts at risk the stability and peace of that Caribbean nation.

“The presence in Venezuelan territory of such personnel entails risks to the peace, integrity and stability of the country, as it has been hinted on numerous occasions, by different spokespersons of the highest level of administration [of US President Donald] Trump , who have threatened the use of military force as a pretext to protect their diplomatic personnel in Caracas,” he adds.

It is worth noting that Venezuela has just suffered and is still recovering from the massive electric blackout and several experts in Venezuela and around the world point at the US intelligence as responsible for the event. In tandem, the US head of mission in Caracas personally received last week the Self-proclaimed Guaido among other diplomats when he returned to Caracas.

Likewise, the Government of Venezuela announced that, if there are intentions in the future to establish interest offices with the United States, the negotiations will only be carried out through the representations of both countries before the United Nations (UN).

“Venezuela announced that if there is a willingness to restart talks, about the possible establishment of interest offices, they should be advanced through respective representations to the United Nations,” the Venezuelan Foreign Ministry said.

The authorities of the Caribbean country stressed that they are willing to maintain channels of communication and dialogue with Washington, provided that there is “a relationship of equality and mutual respect.”

Previously, the Secretary of State of the United States, Mike Pompeo,  announced  that all the personnel remaining in the US embassy in Caracas will be removed this week, among other reasons so that Washington does not feel tied up.

On January 27, Venezuela and the US requested to open an interest office after Maduro broke relations with the US on January 23, and also set a deadline of 72 hours for diplomats to leave their country.

At that time, at least 70 US officials left Venezuela, and only essential personnel remained.

The United States Government  announced  on January 23 that it did not recognize the mandate of Venezuelan President Nicolás Maduro, and instead recognized the deputy Juan Guaidó, who  proclaimed himself that day as president in charge of the country.

Some 50 countries joined the US campaign, while Russia, China, Cuba, India, Bolivia, South Africa, Iran and Turkey, among other nations, continue to support Maduro’s government.