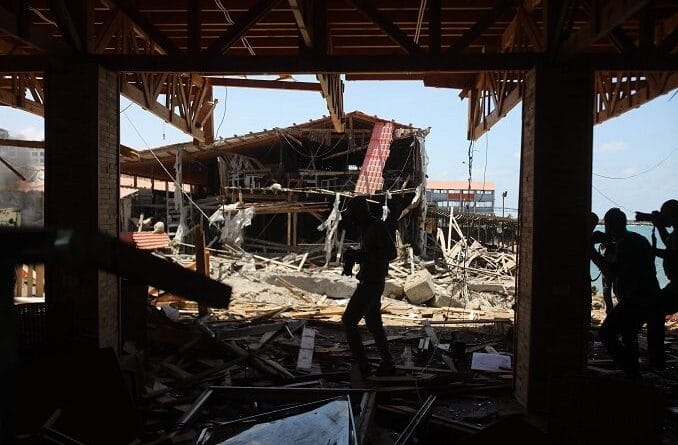 Throughout Friday night, Israel launched a series of airstrikes on the besieged Gaza Strip for the second time since the fragile ceasefire ended last month’s 11-day Israeli onslaught, according to the Palestinian news agency WAFA.

An Israeli warplane fired three missiles at a site close to Sheikh Zayed Residential Towers, northeast of Beit Lahia in the northern part of the besieged region, causing extensive material damages and setting the site ablaze.

Israeli missiles also hit other sites and open agricultural fields to the east of Jabaliya city in the northern part of Gaza, in the central region and also the east of the southern city of Khan Younes, home to some two million people.

No casualties were reported.

Featured image: Destruction in Gaza as a result of the Israeli war on the besieged Strip. (Photo: Mahmoud Ajjour, the Palestine Chronicle)