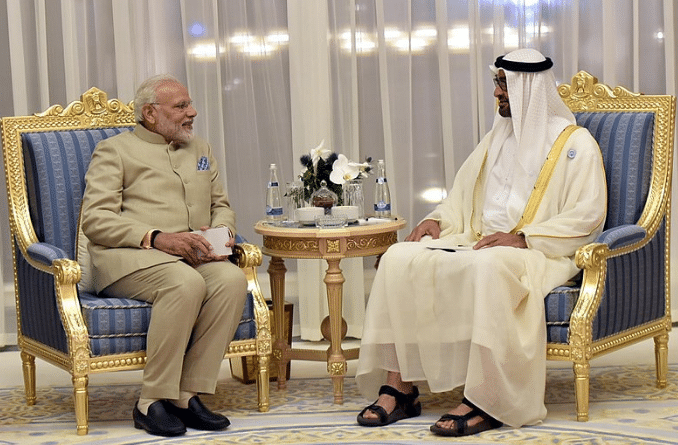 In addition to the normalization deals between Israel and several Arab and Gulf states, Israel is looking forward to developing relations with India, hoping to establish a “triangle of Israeli-Indian-Emirati relations,” Israeli sources reported.

In the first meeting of its kind held in October 2021 between the foreign ministers of India, the United Arab Emirates (UAE), Israel and the US, it was decided to establish an international forum for economic cooperation.

Israel to establish ‘triangle of relations’ with India, UAE https://t.co/ada0JECRiu

Yoel Guzinsky, a researcher at the Institute for National Security Studies at Tel Aviv University and expert on Gulf states, said that “New Delhi has recently resumed talks to promote a free trade agreement with Israel and the UAE.”

According to Guzinsky, this is in return for the Israeli interest in increasing the Indian military presence in the Arabian Sea and the Red Sea to face off Iranian threats. Guzinsky believes it would be right to intensify tripartite cooperation to ensure freedom of navigation in the region.

Guzinsky, a former official of the Prime Minister’s Office and visiting scholar at Stanford University, added:

“The geographical proximity of the three countries: Israel, the UAE and India, makes them more willing to implement joint projects for refining and petrochemicals.”

It is estimated that the volume of trade between Israel, India and the UAE will reach $100 billion by the end of the current decade, and in terms of military relations, India is a major importer of Israeli weapons.