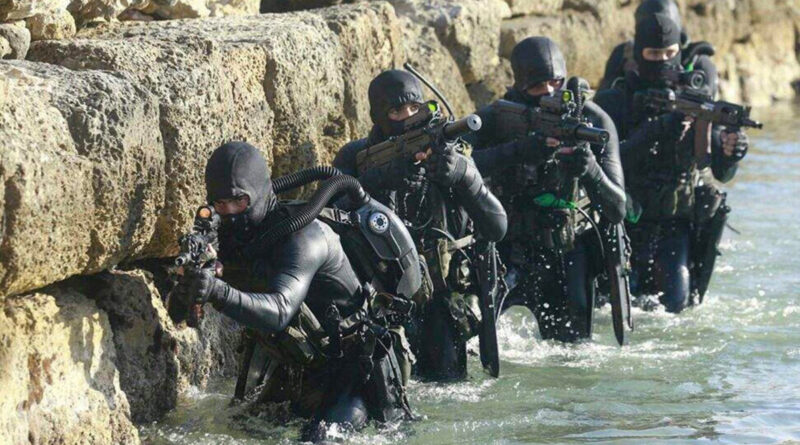 Two platoons of Israeli commandos were ready to participate in the so-called Operation Gideon, a military project destined to decapitate the government of President Nicolás Maduro, neutralized by Venezuela last May.

The statement was inserted in judgment No. 89 issued by the Criminal Chamber of Venezuelan Supreme Court (TSJ) this Thursday, which requests Colombia to deliver to Venezuela three soldiers and two civilians, indicated as participants in Operation Gideon. The judgment describes the step-by-step planning and execution of said plan, launched on May 3 in Macuto (La Guaira state) with the financing of “national and international far-right organizations,” states the file.

The Criminal Chamber approved to request the extradition from Colombia of the brothers Juven and Juvenal Sequea, as well as Simonovis. It is precisely in the body of that sentence that the reference to the Israeli commandos appears.

The plans envisaged by the leaders of Operation Gideon would be carried out through two lines of action, one military, directed and planned by Captain Antonio José Sequea Torres. This line included attacks on military units as a distraction element for the State security organs, “in order that they lead them by attrition to carry out a main military operation that would have the following objectives: liberation of MG. (RA) Miguel Rodríguez Torres and subsequent transfer to the headquarters of Sebin, to gain control of that intelligence body; release of Raúl Isaías Baduel, as well as the assault on the main building of the DGCIM, and disturbances of public order,” the sentence outlines.

RELATED CONTENT: Israel had a Hand in the Bolivian Coup, Argentine Investigator Reveals

Platoons
The second line of action is an operation with the Drug Enforcement Administration (DEA) which would be carried out by Major (GNB) Juvenal Sequea Torres. This phase consisted of the entry of mercenaries into the national territory to carry out the extraction of President Nicolás Maduro Moros and Diosdado Cabello Rondón. “Two platoons of Israeli commandos would participate with the group of mercenaries, in the Caribbean Sea aboard the Fourth US Fleet under the direction of Admiral Craig Faller, head of the Southern Command of the US Armed Forces, justifying the operation according to the unfounded accusations against the Venezuelan State as a narco-state,” reveals the sentence.

Precisely on Wednesday, April 1, the president of the United States, Donald Trump, announced the dispatch of a military naval force to the Caribbean Sea that he described as “an enhanced operation to combat drug trafficking.” That announcement came a month before the landing in Macuto of the first outpost of Operation Gideon, made up of former Venezuelan and US soldiers, from the department of Guajira in Colombia.

That May 3, Venezuelan Special Actions Forces (FAES) repelled the said maritime incursion in Macuto where they intended to land eleven subjects, six of them identified as Robert Levid Colina Ibarra, alias Pantera, leader of that command who was killed; Anderson Smith, Cesar Andrés Perales Sequea, Víctor Daniel Parra, José Roberto Facundo and Fabián Rodríguez Salazar, according to the file.

Three of them got off the boat and fled “trying to blend in with the rocks on the boardwalk, being apprehended by officials of the Bolivarian National Intelligence Service (SEBIN) and identified as José Armando Alvarado Flores, Wilmer Oswaldo Salinas Sánchez and Enderson Israel Ríos Marín.”

That same day the security agencies captured a fourth individual identified as José Alberto Socorro Fernández, alias El Maracucho Caimán, “who stated that he was waiting for the mercenaries to house them in a residence in Macuto.”

The following day, the FANB and the Militia captured ten individuals in Chuao (Aragua state) who would also act in Operation Gideon, including Airan Berry and Luke Alexander Denman, US military veterans. Berry and Denman are part of the Silvercorp mercenary firm, whose spokesman Jordan Goudreau, a former member of the Special Forces of the North American Army, exhibited a contract that he signed with deputy Juan Guaidó (Popular Will) to carry out the different operations of Gideon destined to control the Venezuelan territory and install the opposition leader in Miraflores.

Puerta Morocha Military Post
At the same time, officials from the General Directorate of Military Counterintelligence (DGCIM) learned through a complaint that Captain Dimas Omar Murillo Rubio had been recruiting people to take the positions of the GNB of Puerta Morocha and Intevep (Los Teques) and take over the weapons park and VN-4 tanks in order to transport them to the National Center for Military Prosecutions, Cenapromil (Ramo Verde Prison) and free prisoners allied with the opposition, who would also participate in the planned actions of Operation Gideon.

RELATED CONTENT: Yes, There is a World Zionist Congress – and it is Meeting Now

For these actions, the first lieutenant in active reserve (RA) Alemán Castellanos, maintained communication with Alister Chacón Holguín, who had the mission of locating three buses for the transfer of those deprived of liberty from Cenapromil to the Presidential Palace of Miraflores, describes the sentence .

The investigations also determined that Richard Rafael Alemán Castellano, Ángelo Moisés Rosales Santos, Gerardo José Coticche Guerra, Ronny Adelso Olivares Moreno, and Víctor Alfonso Perozo Duran entered the Verde Canaima hotel, located at kilometer 20 of the Pan-American highway, and from there participate in the taking of Cenapromil with the help of Captain Franklin Antonio Leal Mendoza and First Sergeant José Ojeda Alvarado, who serve in said detention center, and after releasing the detainees, they would move to the city of Caracas in three buses and two VN-4 tanks, to attack the headquarters of SEBIN, DGCIM and the Presidential Palace of Miraflores.

This plan was frustrated because the security agencies captured the compromised military in rooms 20, 23, 63 and 64, wearing military garments and heavily armed at the time, the sentence of the Criminal Chamber outlined.

The list of 68
Seven days after the frustrated incursion into Macuto, specifically on May 10, officials attached to SEBIN carried out a technical inspection related to the discovery of a removable memory drive, Adata brand, micro SD HC with 4G capacity, located inside the left pocket of one of the military uniforms seized from those apprehended in Macuto.

Technical recognition and manual extraction of content signed with the number PAC-012-IGEC-05-2020 was carried out, in which a list of sixty-seven people linked to Operation Gideon were attached. Here is the listing:

The magistrates concluded that “the above-identified citizens are part of an organized crime group convened for the purpose of carrying out terrorist acts, undermining the democratic order of the Nation, and for the promotion of actions aimed at achieving destabilization and destruction of the fundamental political structures of the country.”