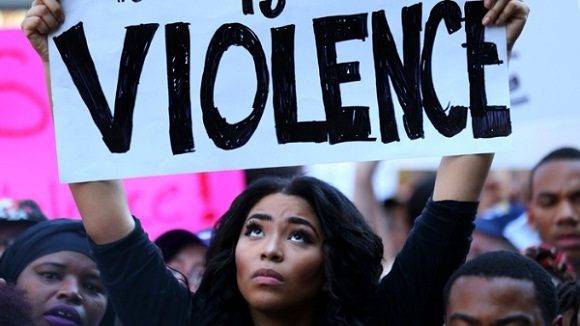 October 22, 2020.-  Less than two weeks before the elections in the United States , conspiracy theories, racism towards the African American social movement and misinformation proliferate among Hispanic voters in Florida, especially vulnerable to narratives such as fear of voter fraud due to their experiences in their countries of origin.

A potential electoral fraud concocted by the Democrats, an alleged conspiracy by Jews, African-Americans and even gays to interfere in the elections … are some of the stories that spread among many voters in the United States, and among Florida Latinos in particular.

The influencer Liliana Rodríguez Morillo is an example.  Daughter of singer José Luis “El Puma” Rodríguez and a devotee of Donald Trump, this Venezuelan in Miami reproduced on her Instagram a photograph of false driver’s licenses, confiscated at the beginning of the year in Chicago.

“All registered to vote Democrat!” He wrote to his 485,000 followers. “Will you open [sic] fraud on November 3? Or are we playing dumb? To vote in person!”

Fact-checkers, including PolitiFact, denied the claim that the roughly 20,000 driver’s licenses – which were confiscated – were linked to Democrats.

RELATED CONTENT: The Original Flaws of Democracy in the United States – an Interview with Steve Ellner

Lizette Escobedo, director of civic engagement for NALEO Educational Fund, a nonpartisan NGO that promotes Latino political participation, says distrust of the electoral system is common among Florida Hispanics of both tendencies.

The problem, he explains, “is that most Latinos do not really trust the electoral process. They are afraid that their votes will not be counted.”

His organization seeks to counter this perception at the national level with educational messages online.

“And, in this election, Florida is our biggest digital budget,” Escobedo told AFP.

Last month, Representatives Debbie Mucarsel-Powell and Joaquín Castro asked the FBI to investigate the increase in disinformation directed at Latinos in South Florida and to “consider the efforts of foreign actors” in this regard.

Much of these conspiracy theories favor President Trump, who is head-to-head in the race with Democrat Joe Biden in Florida, a crucial state in the elections ending Nov. 3.

Florida Hispanics make up 17% of an electorate of 14 million voters dominated by Cuban exiles.

Escobedo affirms that Latinos are particularly vulnerable to misinformation of this kind because they define their position with respect to the American political system, “based on the political systems that they have in their country of origin.”

And Latin America has a long history of authoritarian governments on both the right and the left, often sustained with elections that are flagged as fraudulent.

But this is the tip of the iceberg. The disinformation also targets the Bidens, the Jewish community and African-Americans.

“BLM practices ‘black’ and wants to burn your property and kill officers,” he said, according to WRLN, which publishes a snippet of the audio. “And Biden supports that violation and that anarchy.”

On her Facebook, Moncada publishes and translates a text from News Punch, a medium known for its conspiracy theories, according to which the BLM founder practices witchcraft from an interview where activist Patrisse Cullors said that hers was a spiritual movement .

“This type of barbarism is constantly said ,” said journalist Roberto Tejera, from the same radio station, to the local newspaper Sun Sentinel. “It is the bread and butter of Spanish radio.”

In another episode in September, the local newspaper El Nuevo Herald, the Spanish version of the Miami Herald, had to remove a weekly insert aimed at Cubans in Florida from circulation after a reader protested its anti-Semitic and racist content.

A Cuban columnist had written in the weekly Libre that the police protests were “racial whores” and that American Jews were “cowards” for supporting the African-American movement.

Another columnist, also Cuban, spoke of homosexuals in derogatory terms and denounced an alleged “gay lobby” backed by international communism.

Miami’s Radio Caracol 1260 also had to apologize in August after state senator Annette Tadeo drew attention on Twitter to a paid segment in which the announcer had predicted “a dictatorship of Jews and blacks” if Biden won the presidency.

“That disgusting message, said by Trump sympathizers, came out today at Caracol1260 in Miami,” Taddeo said.

And she added: “We all – beyond parties – have the obligation to repudiate and condemn this pro-Nazi and racist speech.”