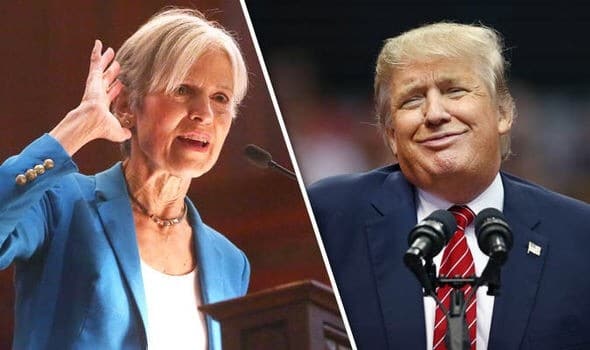 Jill Stein, candidate for the presidency of the US for the Green Party in 2012 and 2016, is doubtful that the current US president, Donald Trump, is really seeking to assist the people of Venezuela with his humanitarian “trickery.”

“Do you believe that the same Trump that allowed thousands of Puerto Ricans to die, the same Trump that allows the families of Latin Americans to be separated on our border and to jail their children, suddenly cares so much about the people of Venezuela he is willing to INVADE to make them accept humanitarian aid?”, the politician and activist asked on her Twitter account.

According to Stein, “while the mainstream media constantly report on Trump’s ‘help to Venezuela’ ruse, almost no one says that the ‘help’ from the US is already coming, for example the assault rifles smuggled in from Miami to put together to the right-wing opposition financed by the US and now directed by (Juan) Guaidó” Stein wrote.

Does anyone actually believe the same Trump who let thousands of Puerto Ricans die, who has Latino refugee families at our border ripped apart & their children caged, suddenly cares so much about the people of #Venezuela, he’s ready to INVADE to make them accept humanitarian aid?