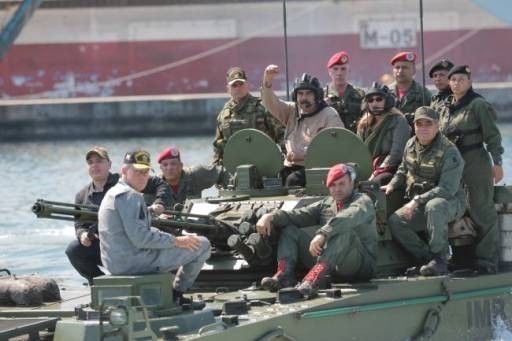 The civic-military exercises for the Angostura Bicentenary, which will be held from February 10 to 15 in Venezuela, will have the cooperation of allied countries such as Russia and China, this Friday, February 8, said the head of the Operational Strategic Command of the Bolivarian National Armed Force (Ceofanb), Remigio Ceballos, during an interview with the program Al Aire, broadcast by Venezolana de Televisión (VTV). Ceballos explained that these military practices will serve to improve the operational readiness of the troops of different components of the FANB , ahead of any attempt of armed aggression into Venezuelan territory.

“We have a broad geography, we have jungles, mountains, rivers and seas and the idea is that our men and women put into practice their knowledge and skills for territorial defense,” he said, referring to the  “war of all the people” defined in the Venezuelan Military doctrine.