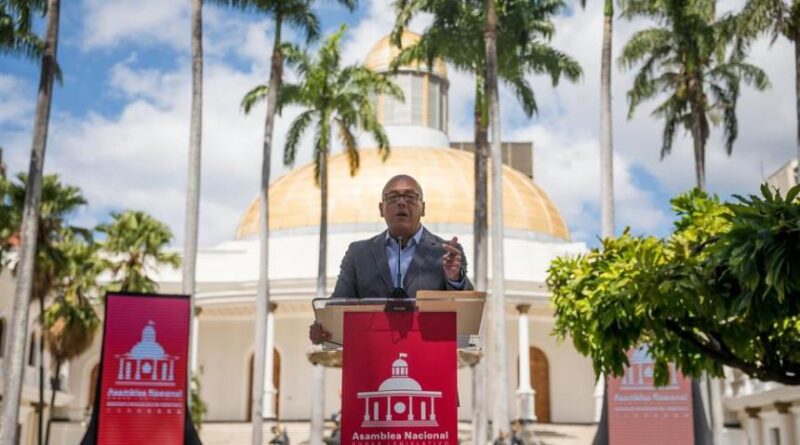 The president of the Venezuelan National Assembly (AN), Jorge Rodríguez, denounced this Saturday a corruption plot led by Juan Guaidó and his followers that is preventing the release of funds for the payment of vaccines against COVID-19 for the Venezuelan people.

“Venezuela requested the release of funds frozen abroad and Guaidó has prevented the release of funds to pay for 3.6 million doses of COVID-19 vaccines. With all the funds they have blocked, we could buy all the vaccines needed for the country,” Rodríguez explained at a press conference to the media from the headquarters of the Federal Legislative Palace.

In this sense, he affirmed that Guaidó sent delegates to Paraguay to negotiate the debt that its oil company Petropar owes PDVSA, and that the negotiation planned to desist from the arbitration that PDVSA initiated against the Paraguayan company in exchange for partial payment of 50%, and “this criminal, in a criminal way, received 100 million of that 360 that Paraguay owes PDVSA.”

Rodríguez also highlighted that with the gold frozen in the Bank of England, Venezuela could acquire 100% of the vaccine doses necessary for the entire population. The required doses of vaccines could also be purchased with the money that the US Federal Reserve stole. “We are not asking for the money for any other reason but to buy the vaccines, so that we can proceed to vaccinate all our people through the agreement that we with the World Health Organization, and to guarantee that the money will not be stolen.”

Recently, the Chief of Staff of the Government of Paraguay, Juan Ernesto Villamayor, confirmed their own criminal behavior and how the former opposition deputy Juan Guaidó illegally approved to forgive the debt of that country with the Venezuelan state oil company PDVSA, assuming it as “savings,” as reported by the US newspaper The Washington Post.

The illegal agreement states that the principle of understanding was part of the efforts of the leadership in contempt of the Venezuelan National Assembly (AN), in particular Juan Guaidó for establishing himself with the financial assets of Venezuela in foreign countries, assets that belong to all Venezuelans.