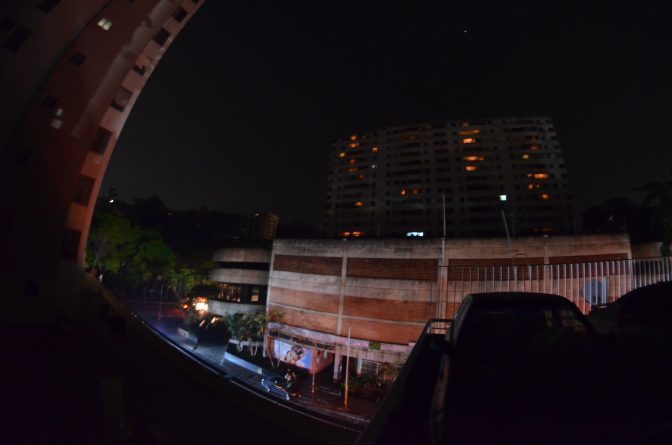 This Saturday, a new interruption in the national electrical service left most of the inhabitants of Venezuela without power including the capital, Caracas, and numerous states such as Anzoategui, Sucre, Miranda, Aragua and Carabobo, among others. The drop in electrical service occurred at 7:11 in the evening, just at the same time as the one that occurred on Friday, which also had a similar scope. Minister of Information and Communication, Jorge Rodríguez, in an audio aired on Venezolana de Televisión, denounced (the outage) as “two synchronized attacks” against the National Electric System, to obstruct the efforts to stabilize the electric service.

The recovery of the electric service this Saturday was gradual, being restored in many sectors of Caracas between 10 and 12 at night.


Below, the words of the vice president of communication, culture and tourism of Venezuela:

The Bolivarian government addresses the people of Venezuela and the world and denounces the infamous and brutal perpetration of two synchronized attacks against the National Electric System, to obstruct in a criminal and homicidal way, the immense efforts of the Revolutionary Government, of the workers, of the whole people, to stabilize the electric power service.

Added to the attacks with electromagnetic pulses and mechanical actions of Thursday March 7 and (Saturday) March 9; to the fire on Tuesday, March 11 at an electrical substation east of the capital city; to the attack with bullets of high caliber to the hydroelectric power station of the Guri, the atrocious aggressions of Friday 29 of March and Saturday 30 of March are added, right at the moment in which the decisive action, tenacious, without rest of the revolutionary government and Corpoelec workers had achieved the restoration of electric service in almost all the national territory, and even though we were still struggling against the flames of the arson in Guri, we managed with infinite efforts to restore the national electricity service and the normal life of our compatriots.

In a non-fortuitous way, there were new coordinated and synchronized attacks against the electric transmission lines. These attacks occurred at the same time, on Friday, March 29 and Saturday, March 30: 7:11 in the evening, in an attempt -which they have our complete assurance that we will defeat- to take away the tranquility and attack fundamental human rights for the life of our people.

We, the patriots of Venezuela, who love life, together with the heroic working class of Corpoelec, will persist stubbornly in the purpose of returning the right of everyone to access such an important service and the stability of the Electric System. We will achieve the repair and recovery of the equipment savagely damaged by agents of the Northern Supremacist Empire, and their sad and genuflex local lackeys. Homicides thirsty for hate, dark beings who boast of causing suffering to our people, will pay for their crimes.

And we will strengthen , in this battle for joy and life against sadness and death, our electric system to make it impregnable from the attacks of the murderous fascists.

We will defeat the electric war. We will win!

Erika Farias, mayor of Caracas, informed (the public) shortly before 10 pm on Saturday that Corpoelec workers were in the process of stabilizing the load. She called for calm and recalled that “in this recovery process there will be intermittent outages, so the efficient use of the energy (that is coming progressively in order to avoid losses of household appliances) during the stabilization of the load becomes fundamental”.

The mayor said that the contingency plan to provide water to the population will not stop”. At this time, we are concentrating important efforts on 3 large water tanks to maintain the supply of the vital liquid in hospitals, communities and suburbs of our city.” She also informed that “we will keep in coordination as a united government with the Special Water Distribution Plan, with tanker trucks, until the service is normalized in the different communities of Caracas.”

The governor of the state Miranda, Héctor Rodríguez, informed at 12:30 of the dawn of this Sunday that “we have restored in 85.90% electric power in the state Miranda”. Status by municipality:

He also noted that they continued working to recover the service in Páez, Andrés Bello and Pedro Gual municipalities. “The state remains at peace and with all contingency plans active,” he said.

It is necessary to recall that on March 25 an electrical fault occurred at 1:25 in the afternoon that affected almost the entire country. When the service had been almost completely restored, a fire in the autotransformer yard of the Guri Hydroelectric Power Plant, which occurred at 9:25 that evening, caused a new drop in electricity service at the national level and caused very severe damage to the equipment of the aforementioned distribution yard, according to the Venezuelan President, Nicolás Maduro, and reported on March 27 .

That day, the Head of State revealed that a sniper was the one who started the fire, forming part of the actions of the US government to overthrow him.

On Friday, March 29, sufficient stability was achieved in the electrical system to resume the operation of the Caracas Metro and Tuy water system pumping stations, but the electrical interruptions that occurred that night forced the Metro to remain suspended on Saturday and the water pumping stations had to restart their protocols from the beginning.

The attacks on the national electricity system began on March 7, when a cyber attack at the control center of the Guri Hydroelectric Power Plant and another to the operation centers of Corpoelec in Caracas caused a major interruption at the national level in the service of electric power, according to the Venezuelan government itself .