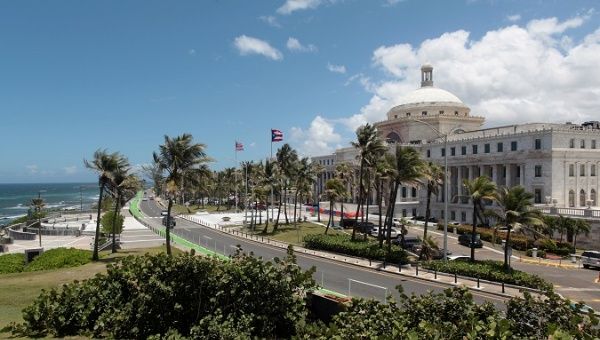 Puerto Rico is on its knees as the US government is slow on disaster relief efforts.

While U.S. President Donald Trump claims that he has taken care of Puerto Rico more than “any living human being,” people on the island struggle to buy basic food items, clean water and necessary medicines such as insulin.

The U.S. government is stepping up efforts in Venezuela to create destabilization in on-going coup attempts, presenting itself as the humanitarian savior of the country. However, when it comes to Puerto Rico, there seems to be absolutely no interest in providing any relief for the people who still suffer the consequences of Hurricane Maria which hit the island in 2017.

“Puerto Rico has been taken care of better by Donald Trump than by any living human being and I think the people of Puerto Rico understand it,” U.S. President Donald Trump said to the press, adding that “you have the mayor of San Juan that, frankly, doesn’t know what she’s doing and the governor, they have to spend the money wisely. They don’t know how to spend the money and they’re not spending it wisely.”

Due to funding shortfalls, the local government had to cut the supplementary nutritional assistance program, which was infused with US$1.27 billion after Hurricane Maria hit the island in full force. Without the extra funds, Puerto Rico fails to take care of more than 279,000 people who rely on it for food, water and medicines.

To make matters worse, more than one million Puerto Ricans could lose their Medicaid coverage by the end of 2019. Experts claim this could lead to mass migrations from the island.

Puerto Rico has a total population of 3.4 million, with 43.5 percent of the population living below the federal poverty line. The national average is around 14 percent in the United States. Since Puerto Rico is considered a U.S. territory and not a state, the island also faces discriminatory measures over Medicaid reimbursements. Federal funding for Medicaid for U.S. territories is fixed with statutory cap and a federal matching rate, leaving the Federal Medical Assistance Percentage for Puerto Rico at 55 percent, while for states it is closer to 83 percent.

The island is facing a disasterous storm by the end of the year, except this time, it is entirely man-made.