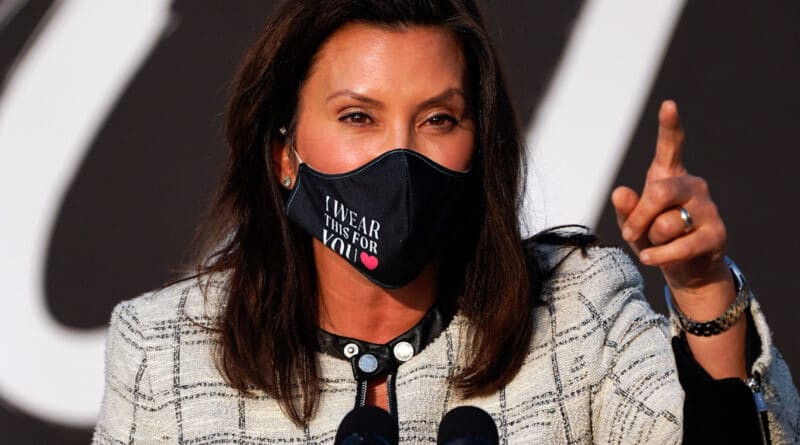 A plot to kidnap the Democratic governor of Michigan has laid bare the persistence of ideological manipulation on the eve of the total surveillance state.

October 12, 2020.-  In “The Grand Chessboard,” Zbigniew Brzezinski warned his fellow ruling class cohorts that the onset of the information age would require disinformation strategies to mitigate any potential threat from an increasingly politically-aware population.

Five years before Brzezinski’s book was published, a white separatist and former Marine named Randy Weaver would be targeted by federal agents in what came to be known as the Ruby Ridge standoff; a landmark event in the formation of an anti-government subculture in the U.S., underpinned by a loose framework of White Supremacist ideologies rooted in the foundational myths of American settler culture and encouraged by their radical billionaire patrons who built a political machine at their expense and have set the stage for our current political reality.

Stoked for decades by an extremist capitalist oligarchy which has slowly and methodically disabled the levers of democracy to achieve its interests, the latent racial tensions that haunt America’s collective psyche are being exploited in ways never before possible with the advent of online disinformation mashups, like QAnon, Antifa, BLM and others along the spectrum of modern-day social media constructs.

As we near the 2020 presidential election, the skeletons in America’s closet are being dressed in the latest fashion and paraded before a terrified citizenry, whose health and peace of mind is under siege as a result of the pandemic crisis while simultaneously bombarded with apocalyptic scenarios of societal collapse and civil war, like the alleged conspiracy to kidnap and murder Michigan governor Gretchen Whitmer as part of a larger plan to storm the Michigan State Capitol with hundreds of armed men.

But, considering the fact that all of the individuals charged in the plot had been under intense scrutiny by the Federal Bureau of Investigation months prior to the scheme being hatched, it is not surprising that suspicions of entrapment by the FBI have begun to swirl around the high profile case, which was filed before the U.S. District Court of Western Michigan last Tuesday.

Coloring over the lines

Ruby Ridge has long been a rallying cry for white separatists and is considered as the inspiration for the Oklahoma City bombing by Timothy McVeigh and Michigan native, Terry Nichols in 1995. Together with the tragedy at Waco, which occurred in 1993, these events form the holy trinity of the domestic terrorist narrative now crystallized into law at the federal level.

The standoff at Ruby Ridge stands as the most extensively documented case of overt terroristic procedures and techniques employed by the FBI and has been called a “dress rehearsal for Waco,” as many of the same agencies and personnel that participated in the seven-day siege at Ruby Ridge would turn their guns on the Branch Davidian complex soon thereafter.

RELATED CONTENT: America on Cusp of a Civil War: No Matter who Wins the Election, There Will be no Peaceful Transfer of Power

In an apparently unrelated incident a few days before the FBI filed the affidavit against the alleged conspirators in the Whitmer case, FBI agents killed 43-year old Eric Mark-Matthew Allport during a shootout at a restaurant in a northern suburb of Detroit.

Allport had been at Ruby Ridge as a teenager and witnessed his friends and neighbors get massacred by federal agents. His death at the hands of police immediately lifted Allport into martyr status by members of the so-called Boogaloo Bois and other self-styled anti-government groups, despite the curious role Bill Grider, Allport’s father, played in the Ruby Ridge affair.

According to testimony by Deputy U.S. Marshal David Hunt, who used Grider to carry messages to and from Weaver’s cabin, Allport’s father offered to kill Randy Weaver for the feds. “He said he was going to kill him, and I wouldn’t have to pay him,” Hunt claimed under cross examination at the trial. While Hunt’s claims about Grider – who counted Weaver was a friend – were never confirmed, it is not uncommon to find infiltrated members of the armed forces and police among groups that threaten the state, but the ideological overlap between elements of law enforcement, military and secessionist groups also allows for a measure of sincere allegiance by such individuals.

Dar Leaf, the Sheriff of Barry County, which is located just south of Grand Rapids, reflected this reality in an interview with a local FOX affiliate on Thursday in which he unequivocally states that the kidnapping of Whitmer – in his eyes – should be treated as an attempt by concerned citizens to make a felony arrest of the governor for violating the constitution. Leaf had earlier been captured on video at a rally with one of the suspects.

Prior to the 2018 midterm victory that put her in the governor’s mansion, Whitmer had served in the Michigan state Senate from 2006 until 2014. More recently, she had assumed the role of interim Ingham County prosecutor in 2016 after the serving prosecutor had to resign over a lurid sex scandal. Whitmer beat Republican Bill Schuette to take the governorship and after just one year in office, she came into the national spotlight for the first time when she was selected to deliver the Democrats’ response to the Trump’s last State of the Union address in February, which also coincided with the start of the FBI’s investigation into her would-be kidnappers.

In August, Whitmer again garnered national attention amid speculation that Democratic presidential candidate Joe Biden was going to choose her as his running mate. By then, the FBI had compiled hours of conversations between the ragtag crew of convicted criminals and U.S. Marines, who in June, allegedly targeted Governor Whitmer as part of a grand plan to storm the Michigan State Capitol with 200 men and take hostages before the upcoming presidential election. The group’s motivation is said to come from Whitmer’s “unilateral” lockdown policies, extending the state’s coronavirus emergency measures beyond the original April 30 cut-off date through executive order. The move elicited an immediate reaction from conservatives in the state and the very influential Koch-funded Mackinac Center, which filed an injunction against the governor’s executive action in May.

After challenges to the governor’s orders were struck down in lower courts, the Republican-majority Michigan Supreme Court last week added fuel to the fire by ruling Whitmer’s executive orders to be unconstitutional and setting off a firestorm of controversy on the same day FBI agents murdered Eric Mark-Matthew Allport in Detroit and just before the FBI decided to submit their affidavit against the Whitmer plotters.

The “tyrant bitch,” as aborted coup leader Adam Fox called Whitmer in a Facebook group later that month, was to be tried for treason in mock trial after which she would be executed, according to a recorded conversation that took place in the basement of a vacuum repair retail establishment owned by a long-time friend of Fox and former U.S. Marine, Brian Titus.

The term “tyrant” as used by Fox isn’t gratuitous but is yet another link to Ruby Ridge and the language adopted by white nationalists to refer to their enemy. The language used by Randy Weaver’s wife, Vicki, in letters where she quotes the founder of a White Supremacist prison gang organization called The Order: “Do you hear the approaching thunder?” she writes. “It is that of the awakened Saxon. War is upon the land. The tyrant’s blood will flow.”

After the conversation in the repair shop’s basement, the kidnapping plot seems to pick up speed. Less than a month later, the conspirators were getting together in Wisconsin for combat drills and an “alliance” with the White Supremacist Wolverine Watchmen group was effectuated soon thereafter in August after Adam Fox was introduced to one of their leaders at a gun rally.

Titus has been quoted in several stories about Fox, whom he now repudiates, despite knowing the young man since he was 17 and recently letting him squat in his shop’s basement. “I had no idea what was going on,” Titus told local CBS affiliate WWMT, though he conceded that Fox had “some dark secrets” and characterized him as an “anti-police, anti-government” man to another outlet.

On Sunday, CNN reported that military records confirmed two other suspects, Daniel Harris 23, and Joseph Morrison 26, are also former Marines. Morrison was actively serving in the reserve forces until last week, while Harris concluded his stint in 2019. The younger of the two is facing federal charges along with Fox and four other men. Morrison is among the seven facing state charges. Members of a Michigan militia known as the Wolverine Watchmen were also among those accused by state officials on Thursday of targeting police and helping to plan Whitmer’s kidnapping.

The generous interpretation of these events would credit the FBI with foiling the kidnapping plot against the Democratic governor of Michigan by a group of alleged domestic terrorists whose trail the agency had followed for three months short of a year and, despite knowing of the plan early in the summer of 2020, decided to sit on the case until less than a month before the presidential election and right on the heels of Trump’s “stand back and stand by” soundbite at the infamous presidential debate last week.

A more probable scenario is that the FBI, as it’s done time and again, led the subjects of their investigation down the road to entrapment by guiding their actions to the desired result and providing a narrative that politicians can use to further lead us down the road to an inescapable surveillance state where dissent is rebranded as a hate crime against our benevolent overlords.