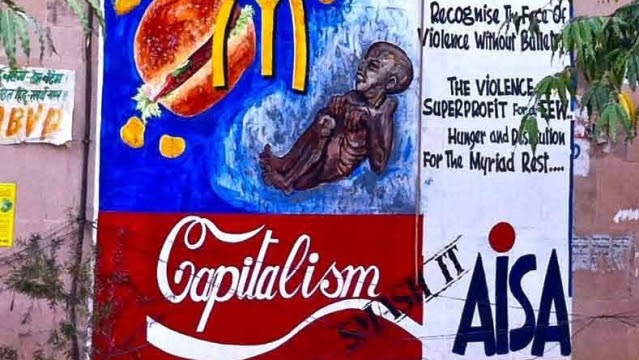 Wealth concentration is rapidly increasing. According to a report produced by the Swiss bank UBS and PricewaterhouseCoopers (PwC), total billionaire wealth reached $10.2 trillion at the end of July 2020, surpassing the previous peak of $8.9 trillion, reached at the end of 2017. The $10.2 trillion amassed by less than .0003 percent of the global population is more than the estimated 2020 Gross Domestic Product (GDP) of every country on the planet except for the US and China. Tech billionaires have seen their wealth increase by 42.5% to $1.8 trillion from 2018 to July of this year.

In the US, the combined wealth of billionaires increased by $850 billion since 18 March, 2020, the beginning of the pandemic, an increase of over 28%. On 18 March, 2020, US billionaires had combined wealth of $2.947 trillion. By October 8th, their wealth has surged to $3.8 trillion. This translates into gains of $141 billion a month, $32 billion a week, or $4.7 billion a day. The total wealth of all the US billionaires today is two-and-a-half times the $1.5 trillion in total wealth held by the bottom half of the population, or 165 million Americans.

Increase in the wealth of billionaires is not restricted to the US. 21 billionaires in the Middle East and North Africa have seen their wealth increase by $10 billion since the start of the COVID-19 crisis, double the amount required to reconstruct Beirut, Lebanon’s devastated capital. In Latin America, the fortunes of 73 billionaires have surged by $48.2 billion since the beginning of the Covid-19 pandemic, translating into a daily increase of $413 million. In India, the rich have got richer as the fortunes of the top 100 wealthiest have increased by about 14% or $517.5 billion compared with what it was in 2019. Mukesh Ambani, India’s top billionaire and Asia’s richest man, has seen his wealth increase by $900 million every hour since the beginning of the Coronavirus lockdown.

As per an Oxfam report “Power, Profits and the Pandemic” – released in September 2020 – 32 of the world’s largest companies will experience a $109 billion increase in profits in 2020. The five tech giants – Google, Apple, Facebook, Amazon and Microsoft – are projected to make $46 billion in extra profits this year from the outbreak of the pandemic. Microsoft is the leader in super-profits during the pandemic, expected to make almost $19bn more this year than previous years. Instead of being subject to taxation, the 32 pandemic profit makers will distribute 88% of their profits to shareholders who predominantly belong to higher-income groups. The policy of prioritizing shareholder value maximization and dividend appreciation is not new. It is being rigidly followed ever since the emergence of the pandemic. In the first quarter of 2020, global dividend payments increased by 3.6% to a record of $275bn and the largest US companies spent almost $200bn on stock buybacks.

While corporations continue to use their massive profits to pay their shareholders, they are apparently uninterested in providing a minimal level of security to workers. In Nigeria, the largest cement company, Dangote Cement, fired more than 3,000 staff without due process while it is still expected to pay 136% of its profits to shareholders in FY2020. It is no surprise that a country like Nigeria – where corporations are provided with the full leeway to tinker with lives of workers – has the biggest gap between rich and poor in terms of secondary school completion by the poorest children: 90% of the richest pupils complete secondary school, compared with only 15% from the poorest households.

The Global Elite’s War against Humanity

The stratospheric increase in the wealth of the global elite is occurring against a background of incalculable suffering. Consolidation of vast amounts of wealth in the hands of the few has taken place in simultaneity with a war against humanity where hunger, poverty, imperialist militarism and an austerity-ravaged healthcare system are murdering people in pursuit of profit.

In May 2020, UN Children’s Fund (UNICEF) Executive Director Henrietta Fore said, “The COVID-19 crisis is a child rights crisis”. This statement came after the UN warned that as many as 6,000 children around the world could die every day from preventable causes over the next six months due to the impact of Coronavirus on routine health services. According to a UNICEF report published in June 2020, the number of South Asian children living in poverty could grow to more than 360 million within six months; an additional 2,400 children in South Asia could die every day from the indirect consequences of the Covid-19 pandemic; and the region could see the additional deaths of as many as 881,000 children aged 5 or under over the next twelve months.

The global “child rights crisis” and the health crisis in South Asia are closely interrelated to the logic of neoliberal capitalism which initiates the progressive dismantling of the welfare state, in terms of its fiscal capacity and its ability to engage in social spending. Beginning in the 1980s, Structural Adjustment Programs (SAPs), aimed at buttressing the dominance of neoliberalism, were being implemented by International Financial Institutions (IFIs) throughout the Third World. One of the primary goals of SAPs was to eliminate or significantly reduce budget deficits in order for countries to meet their international debt obligations, and to return those countries at risk of sovereign default to a balanced budget position over time.

In many countries, the reduction of budgetary deficits meant the rationalization and further targeting of social safety nets and social protection spending; reforms in health care system to constrain rapidly expanding health budgets; the elimination or reduction of subsidies, for example for food and agricultural inputs; and reforming of age-old pensions through raising of contribution rates and lowering of paid-out benefits. Through substantial cuts in pensions, deep reductions in housing support, child support and health care expenditure, a new virus of austerity was produced which impoverished the masses, snatched away their existential stability and fragmented the health system. In the current period, we are seeing the devastating effects of this virus of austerity as innumerable children are left to die at the hands of a system that has drastically fragmented health infrastructures, plunged people into poverty and enriched a profit-seeking, elitist minority.

On top of austerity, hunger is also plaguing the masses. Due to grotesque income polarization, an additional 132 million people will go hungry than previously predicted this year. Moreover, by the end of 2020 12,000 people per day could die from hunger linked to COVID-19, potentially more than will die from the disease itself. More than 550,000 additional children each month are being struck by wasting – malnutrition that manifests in spindly limbs and distended bellies. Over a year, that’s up 6.7 million from last year’s total of 47 million. In Sub-Saharan Africa, an estimated 67,000 children are at risk of dying from extreme hunger across before the end of 2020. This indicates that 426 children per day are at risk of death due to hunger. In West and Central Africa, 15.4 million children under five are expected to suffer from acute malnutrition this year, a 20% increase from earlier estimates.

Hunger is directly caused by the structural dynamic of capitalism which first immiserates people and then prevents them from accessing food which is only “sold” to consumers who have the money to buy it. Reflecting on the irrationality of capitalist food system, Robert Albritton, Professor Emeritus in the Department of Political Science at York University, had written: “What could be more foolhardy than placing food, the basis of all human flourishing, in the hands of giant corporations, which are obliged to pursue profits in order to further enrich an elite of wealthy stockholders?”

While billionaires were busy increasing their wealth, refugees were tragically dying. A child drowned on 2 March, 2020, when a dinghy carrying 48 migrants capsized while trying to reach the Greek island of Lesbos from the Turkish coast. A day later, Ms. Afshan Khan, UNICEF Regional Director for Europe and Central Asia and Special Coordinator for the Refugee and Migrant Response in Europe, issued a statement, saying, “Whether at sea, at border crossings or in the conflict-affected areas the children are fleeing, children are the first casualties…No child should ever have to risk her life or his future in the wish to be safe.” It seems that no one heeded Afshan Khan’s statements. On 17 August, 2020, 45 migrants, including 5 children, died in the largest recorded shipwreck off the Libyan coast this year. Earlier, in January 2020, eight children were among the 11 migrants who drowned when their boat sank off Turkey’s western coast.

USA’s imperialist wars and regime change operations are at the root of the “refugee crisis”. Through these imperialist wars, the American empire displaces people, plunders countries and creates the conditions for a “refugee crisis”. In an article entitled “Refugee Crisis: Brought to you by Western Imperialism”, journalist Andre Vltchek had written: “When one looted country after another begins to sink, when there is nothing left there, when children begin dying from hunger and when men commence fighting each other over tiny boulders and dirty pieces of turf, pathetic boats, or dinghies, begin crossing the waterways, bringing half starved, half-mad refugees to the European sea-fronts decorated with marble.”

At first glance, imperialism may seem unrelated to the global elite. Contrary to such a view, imperialist militarism facilitates capital accumulation and enriches the bourgeoisie. In the age of monopoly capitalism – where giant corporations are dominant and each major industry has an oligopolistic structure – militarism becomes a structural feature of the global economy. In monopoly capitalist societies, the economic surplus – the difference between the total price of society’s economic product and the cost of producing that product – tends to increase. This happens due to the control exercised by giant corporations on the price structure, investment patterns and labor relations of the production process. As a result, a uniform price configuration is established that yields maximum economic surplus. This large economic surplus needs to be absorbed because unused surplus causes unemployment, profit decline and other economic problems. The surplus cannot be used to produce more consumer goods, given the extreme polarization of income distribution which weakens the purchasing power of consumers and thus, creates a lack of aggregate demand. Nor can the surplus be used for investment—i.e., to generate productivity enhancing capital—since this would only aggravate the problem of excess capacity. Due to endemic unabsorbed surplus and chronic excess capacity, monopoly capitalism creates a systemic tendency towards stagnation: substantial unemployment, weak investment, under-utilization of production capacity, high indebtedness, etc.

Militarism is structurally situated within the stagnationist framework of monopoly capitalism. It serves as a temporary countervailing force to the crisis propensities of monopoly capitalism and absorbs the economic surplus. Militarism is a convenient surplus absorption method because of three additional reasons. (1) It defends US global hegemony against external threats in the form of Third World revolutions. (2) It creates a suitable “investment climate” for the bourgeoisie to expand and monopolize economic opportunities abroad. (3) Militarism generates a passive population at home, ideologically reconfigured with the help of the nationalistic influence of endless war and war preparation.

Hope for a Socialist Future

As hunger, austerity and imperialist militarism enrich the elitist echelon and make the suffering of the subalterns increasingly unendurable, the hope for a socialist future is steadily increasing. The absurd amount of money accumulated by billionaires and the corresponding existential degradation of the mass of humanity are pointing towards a new period of intensified class antagonism whose outcome will either be socialism or barbarism. In a situation like this, the Turkish communist Nazim Hikmet’s poem “The Great Humanity” serves as a great reminder to the hope contained within the contradictions of the current conjuncture: